Leader Bonus: Athens of the North

Agenda: From Sea to Sea

The Huns have access to a unique project called 'Move District' (creative I know) that always will take one turn to complete. This project will have you select a district (including the city center) and turn into a nomad unit that can reestablish the district (with buildings intact) to a different tile within the city, the establishment will also take turns equal to the level of the district moved (ex: campus with no building will take 1 turn, with library will take 2 turns, with university will take 3 turns, etc...).

The atli replaces the horseman and costs less production (70 vs 80) and only costs 1 gold for maintenance. The atli also has 41 attack instead of the horseman's 36.

The yurt is a unique improvement that must be built on plains or grasslands tiles without hills, they also cannot be built adjacent to another yurt. They provide 1 housing, and if built next to a horse resource provide 1 amenity and 1 horse per turn.

Atilla likes civilizations that pillage when they are at war and that do use many Horse resources.

All districts adjacent to one of you city centers during a war produce 1+ culture per turn. Units produced during wartime have 1+ combat strength until you are at peace. Barbarians are not as aggressive against you. Finding a tribal village will give you a lump sum of 5 gold automatically. 1+ combat strength to units who are attacking barbarians.

Replaces the Cuirassier. Has 3+ combat strength and another 1+ when fighting alongside a river. Receives a free promotion if built in the capital. When attacking anti-cavalry, it gains 2+ combat strength. When inside a city it has 3%+ health.

Replaces Cavalry. Gains 2+ combat strength. When fighting against other mounted units, it gains another 2+ combat strength. It is not affected by movement penalties from crossing rivers. Gains a free promotion At a random point within 5 turns of being built.

Replaces Encampment. Provides 1+ culture per turn from stables being built in it. Will provide 1+ gold per turn for every farms adjacent to it. Provides 1+ housing for its city. Units inside the stanitsa gain 2+ combat strength. Will gain 5+ strength from not being adjacent to other districts (does not stack.)

Likes nations that do not attempt to suzerain city-states near them. Dislikes those that do. Will try to achieve suzerainty over nearby city-states.

Greeting: Welcome foreigner. I am the lord of the Cossacks, Ataman of the Don, and Commander of the Host armies. I hope we have a good relation.

Sends Delegation: We have sent several selectively bred Ponies to your court, we hope you accept them.

Received Delegation: We treated your delegated well and told them of the glories of our culture.

Requests Alliance: We want our people to come together. What say you?

Player accepts Alliance: Be happy in the knowledge you have the support of the Cossack people.

Accepts Alliance: Aye, this is a wise offer, we accept to ally.

Declines Alliance: We cannot trust you, at least for now.

Denounces Player: Your crimes against justice shall no longer be tolerated!

Denounced: Argghhhhh… you will regret this!

Attacked: You will soon find out our Cossack warriors pack a punch. I’ll see you in battle!

Attacks player: You vile wretch and your justice-suppressing lapdogs will be stopped. We go to war!

Quote: “Be patient, and you will be a chieftain.” (Cossack proverb.)

Gameplay as the Cossacks requires mass attacking nations and basically being annoying to your neighbors. Don’t attack barbs, as they are not as malicious to you, and let them annoy your rivals. Farm the warlike abilities you have, and gain a nice amount of culture and gold to use as you wish. Just don’t get carried away! 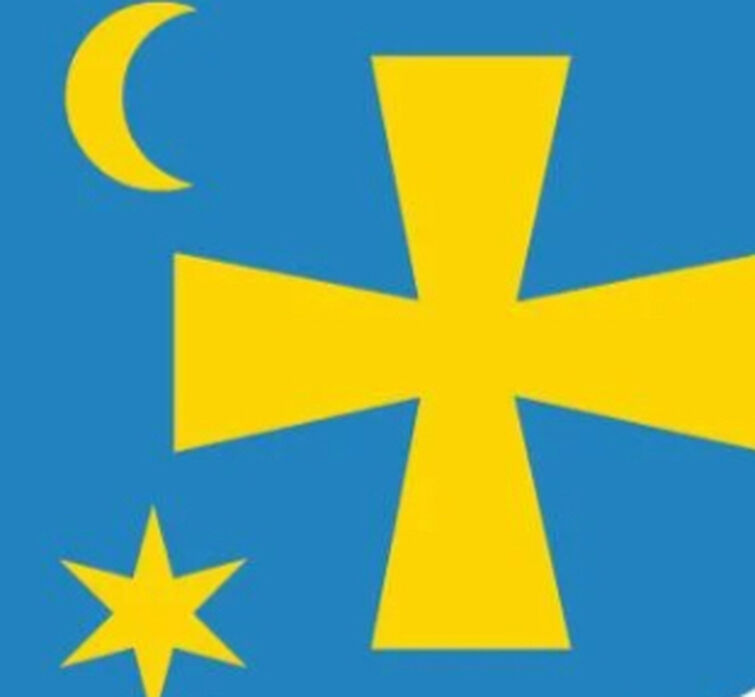 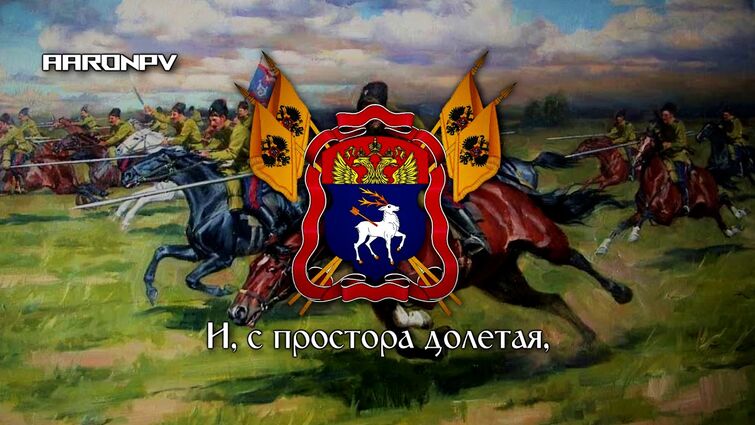 I play as France, my enemies have been Persia, England and Norway, I play without Barabarians.

I now defeated all other civs and own every single of their cities.

It showed the civ leader whine about their total defeat

How can there be other player when I defeated all of them, I also got rid of every single barbarian that was created due to loss of amenisties, and brought back all required amenisties so all cities are happy now

Can anyone explain this to me

As Civ 5 version, I decided to give Gandhi, the Indian leader in Civ 6, a break and distributed Indian's Civ Ability, Unique Unit, and Unique Improvement to each civilization.

Chandragupta was the issue. I believe that Gandhi is a figure of modern India, but Chandragupta lived when India was divided into many kingdoms and empires. So after some thought, I decided to make him Hindustan's second leader. I'm hoping this decision isn't ahistorical!

Civ Ability: Paradise of the Nations

Agenda: Guardian of the Law

Very good. should get all expansions and is worth
Mediocre. Only buy base game or a few expansions
Its crap. don't even buy it

- When a Great General is stationed in a City Center, the city receives only the half Loyalty pressure from other civilizations cities.

- When attacking a city, ignores Walls and immediately assault the city.

- Its melee attack doesn't hit back.

- Unlocks at Divine Right. Must be adjacent to the City Center of the capital or conquered city. Limit of one per city.

- If adjacent to Campus/Theater Square/Holy Site, increases the city's Science/Culture/Faith by 10%. This bonus can be stacked.

Made this a few weeks ago, but then realised that was crap. Fixed it slightly here.

Civilization symbol is a harp. Default colours are dark blue and yellow.

Civ Ability: An Ríoghacht Éireann. 5% permanent boost to Culture when war is declared on Ireland, up to 80%. All units receive +5 Combat Strength in Irish territory, doubled for anti-cavalry units. Earn a Great Writer when the game enters a new era.

Leader Ability: Last High King. +100% Production towards military units whilst at war. Can form Corps and Armies with Feudalism.

Wonder. Unlocks at Education. +3 Science. +2 Artifact slots. Relics and Artifacts give +3 Science each.

Wonder. Unlocks at Mysticism. +3 Faith. +2 Gold. Grants 3 Warrior Monks when built. Allows Faith purchase of Warrior Monks, even without the proper belief or a Temple. Can only be built on Lake tiles adjacent to land.

I have a concept for crusades.

Launching a crusade will be a new action that can be performed by an Apostle, when launching a crusade you must target one other civilization to be the target of the crusade, that civilization must be of a different majority religion than your dominant religion. Next you will also be placed in a special meeting of congress similar to the emergency system but only civilization following your religions will be invited. You can request that these civilization join the crusade, if they do so your religion will have increased influence in that civ's cities and that civ will join you in your crusade.

When an apostle launches a crusade, it will instantly retire and be replaced by a Crusader. Crusaders are a unique unit type that is trained with faith that are considered melee units. Crusaders have +2 more strength that that ages respective melee unit (so it will have +2 more attack than warrior in the ancient age, +2 more attack than swordsmen in classical age, etc...) and +1 movement when embarked. If a crusader takes a city that city will instantly covert to your religion and will give you 100 faith.

The Arabians civilization ability The Last Prophet has an added ability that is this, taking a city in a crusade gives an additional 100 faith and Mamluks are included in the benefits given to Crusaders.

I have returned, and hopefully will be more active. If you have comments or questions about this concept feel free to comment.

Some days ago, there was some news regarding Age of Empires II, another historical strategy game. The new expansion, "Dynasties of India," is released.

To tell the truth, I've always believed that Indian civilization should be split into at least 2 civilizations(Northern "Aryan" and Southern "Dravidian") because India is a vast region that has a rich history and diverse culture.

However, AoE presented not two, not three, but FOUR Indian civilizations! This was literally beyond my imagination.

So to express my joyfulness, I attempted to design some Civ 5 civilizations - Bengali, Dravidian, Gujarati, and Hindustani, that were added/remade in the "Dynasties of India" expansion.

To begin, I decided to give Gandhi, the Indian leader in Civ 5, a break and distributed Indian's Civ Ability, Unique Unit, and Unique Building to each civilization. Finally, I selected unique elements referring to AoE and Civ 5 Steam workshop.

Civ Ability: Paradise of the Nations