A drawing of Gandhi I did a while back, was playing around with shading, I’m still pretty proud of it. 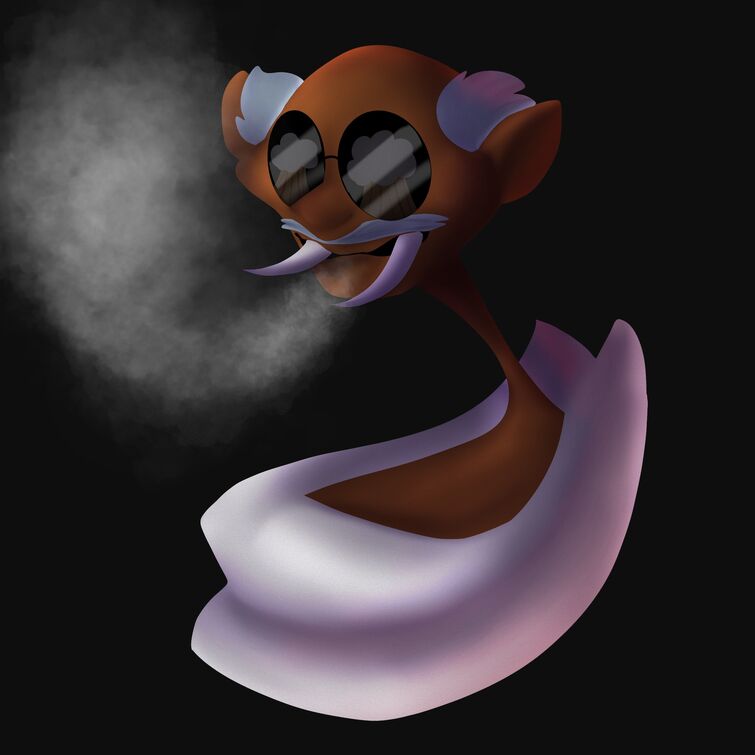 Intro: Oh great king Wangchuk lead your people out of there isolation in the mountains and into the modern world. Using your reforms Bhutan will come onto the world stage and never be cast off.

Detailed approach: Bhutan is a civ that has a strong start, but has a loss in tech production but rise in culture until there leader ability kicks in and they will fly into new technologies and leave others in the dust while staying in mountain areas.

In the Atomic era Bhutan's science increases by 40%(includes the 20% pullback). All roads are upgraded once and production increases by 10%

Likes civs with high science and production output. Dislikes civs who have neither

Unique unit: Guide. Is unlocked at beginning of the game replaces the scout. Can move on mountain tiles for 1 movement point can be linked to other units in which the unit shares the guides movement points has the same health and damage as the scout with the same same upgrades.

Unique improvement: Dzong, unlocked with state workforce. Can only be built on mountains or hills provides 1 tourism, culture, and faith. With Commerce provides 1 gold, With conservation provides another tourism and culture, can’t be built next to another Dzong.

Approach: Bonuses against free cities ensure the swift capturing of few, however, the Nepal people are best suited for a defensive time, they will take on anyone with their mountain hideouts which no one else can enter. An isolationist approach to other civilization, they are inclined towards a generalist win due to their bonuses being relatively spreaded out, but do well with culture victories by building tall cities. But beware, your cities may struggle to get up before you can get your special district up!

Combines elements of Inca and Maori

I just thought it would be cool to do Nepal

+1 Trade Routes for every Civ met below Secert Diplomatic Visibility

Trade Routes to others Civs yields are reduced by 30% (Additive) however, trade routes to city-states gain 20% more yields

Units can move through mountains

- Settler starts on a Mountain tile

- Units can see past Mountains as if they were regular tiles

- Traders can build roads on Mountains

- Mountain Tunnels functions as normal, however requires less MP to enter one

- Units ending their turn on a mountain automatically gain fortification

Mountains give 0.5 Adjacency to any speciality districts(Stacks with Machu Picchu + Campus and Holy Sites)

+3 strength if fighting within 2 tiles of a mountain

Gain Adjacency off mountains and other districts(0.5) in gold

(building ski resorts will not affect the yields)

What is it and has anyone even got it. The people rating at the end of the game is what I mean by the way

I've just conquered a capitol city with most of the components of the space program complete. Can I add components to that city if I have research Apollo Program?

Mine was when I was Playing as Suleyman who is Muslim and I was looking at Spain's city and I Accidentally MIsclicked some stuff since I play with my pointer fingers and Made His Capital Muslim. Then their King the Catholic Jihadist called Phillip II declared war on me and So I docked all my 300 Janisaries and 100 Warships Outside his Capital and I took over his Capital and when I took it over I renamed it Allahbad (Witch means "Gods town" in Arabic) since the residents were Muslim because of the Error that I sent Mullahs and an Imam to convert them so that he'd learn to not be a Christian Jihadist, but then the Stupid Byzantine called me a warmonger and that Basil already hated me since the Guy I play is a Muslim Turk so we had another war and took over his entire land and also Captured Jerusalem in the meantime, witch made it Muslim (I was playing during Renaissance and it makes sense since in that time Jerusalem was Muslim) and things continued to do down

-Vatican City, Jerusalem, Geneva, and Others.

WW1 and WW2 gonna break out but like who cares. Also im getting 155fps???? Never experienced that much on civ at all before at high graphics lol

So i was p;aying the old sid meier's colonization (not the civ4 col) on a website the other day. and a fort in one of my colonies automatically opened fire on an enemy merchantman, but was unsuccessful. I could see the animation of an artillery in my colony attacking an enemy ship , and then getting dissolved. So my doubt was, did my fort/artillery just get destroyed. just like when a soldier unsuccessfully attacks an enemy soldier, he gets destroyed? is my fort damaged or need to be repaired? Or can my fort still attack enemy ships, and isn't harmed? Please help if possible.

Recently, I watched some youtube videos about gameplay and have noticed that my installation might not be up to date. In the great people screen, each great people has a face in their games. But mine, has none of those faces.

I do have one expansion missing from my installation, Rise and Fall. My installation contains the Base game, Gathering Storm, the New Frontier and all the extra civ DLC.

Is that because I don't have Rise and Fall so the game refuses to update to the latest patch?

Rant about witch leader is the most annoying to play against

Sir Bonaparte Likes nations who have strong millitary but also good sciences and culture. He dislikes nations with weak military, science, or culture.

When Napoleon makes military and civilian units such as soldiers and spies the cost is 5-15% cheaper and all units will always have additional +4 more damage no matter what-so-ever. To top that all of, Science and production of goods like luxuries and wine will also increase the number of that a lot, making Napoleon a highly dangerous foe

I'm having a problem in Sid Meier's Colonization. I am playing the game on a website that lets you play old games on my computer. Whenever the ship arrives to a port in Europe, I am able to easily buy the resources like food, trade goods, etc. The problem is that whenever I train, recruit or purchase a unit, they appear on the docks, and i select the 'board next ship' option. But they never board the ship. The ship only sails back to the new world with the food, tools, etc resources which can be unloaded in my colonies, but the units i trained like artillery, scouts, etc get left behind at the port in europe no matter how hard i try. Any help with this? 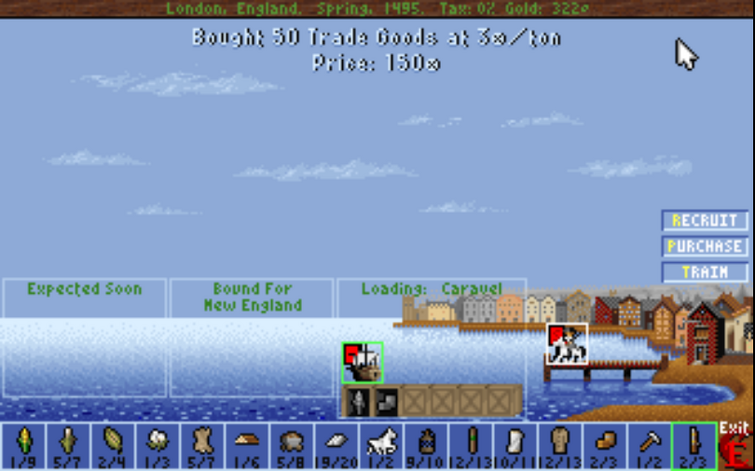 Heres a screenshot. In this game im playing as england. as you can see, the caravel has arrived in London, and i have already loaded it with some resources (food and trade goods). I have also purchased a seasoned scouts, which is waiting on the docks, and I have selected th board next ship option. However despite trying everything, it doesnt get on the ship and is left behind at London. This problem occurs many times. Any help?

I just had the idea to a new great work type and I’m not sure exactly how they would work it into the game if they use it but I was thinking games. Not video games but concepts for games such as golf, poker, chess, basketball. I think they should increase tourism of stadiums after acquired and grant extra amenities to cities that where originally founded by that civilization.

I'm interested in two specific areas of enhancement for the game, which would open a few possible markets a bit wider.

1) A greater degree of interaction between the religion dimension of the game and its other aspects, for example, coupling diplomatic accumulation of points with growth of certain faiths. There is much to be considered here. The historical examples of the mostly-peaceful ascendancy of Christianity under Constantine, or the lightning advances of Islam in its rapid spread suggest some interesting options.

2) The addition of a global peaceful outcome under a world civilization would drive new modes of diplomacy and interaction, and could itself be driven by the effects of war and natural disasters such as global heating. There is also the strong possibility of incorporating pandemic illness and its impacts, mirroring what we are now seeing. An option with the global-peace outcome might be the agreed-upon consolidation of two or more player/AI nation entities into one.

I enjoy Civilization VI, and I see much potential in its use as a teaching tool bringing positive, unifying values to our all-too-burdened world.

Cleopatra of the Egyptians

Theodore Roosevelt of the Americans

Shaka Zulu of the Zulu

Genghis Khan of the Mongols

Alexander the Great of the Macedonians

Gandhi of the Indians

Purchasing units/buildings with gold does not increase the price for the next time you purchase one. Your Government Plaza receives +2 Culture per turn for each adjacent improvement.

Making Peace for the first time grants all of your future builders +2 charges. Any tiles that you own that give you a base yield of gold have +1 gold added to that tile.

Likes civilizations whose capitals have many tiles. Dislikes civs with small capitals.