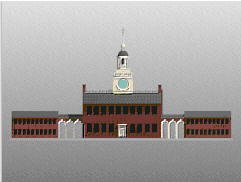 This wonder makes almost all early city improvements completely free of upkeep which can be considerable for large empires. These include: Granary, Marketplace, Library, Temple, Courthouse, Barracks, Coastal Fortress and the Harbor.

Adam Smith is generally regarded as the father of modern economics. In his book "The Wealth of Nations", he analyzed the economic processes of supply and demand, and discussed how free trade and individual ambition would lead to both economic and social growth. Smith favored a political environment where the government would only become involved in business and trade to preserve justice and order. Smith's ideas of economics and the lack of government involvement form the basis of modern economic liberalism.

Retrieved from "https://civilization.fandom.com/wiki/Adam_Smith%27s_Trading_Company_(Civ2)?oldid=218451"
Community content is available under CC-BY-SA unless otherwise noted.