s and will zealously defend them. Disturbing an alien nest is the easiest way to antagonize them. If you come within 2 tiles they almost always attack. To clear an alien nest, in base Beyond Earth simply walk onto the tile containing the nest. If an alien unit is present on said tile, you will need to defeat the unit or wait until it moves. Nests yield a bounty of

and, with the Scavenging Virtue,

. In the Rising Tide expansion, players must manually select the option, destroy Alien Nest, in order to destroy one. Destroying an Alien Nest will result in angering nearby Aliens. In base Beyond Earth, when cleared, nests leave a

that may later be improved on and used. You should note, however, that a Xenomass, Fixarite or Floatstone resource covered by

Be advised that aliens are NOT barbarians, so they are highly feral and not tactical, and you can lure them into ambushes. After antagonizing the aliens for some time, nests can spawn 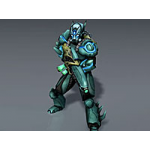 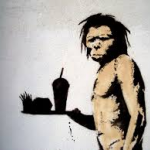