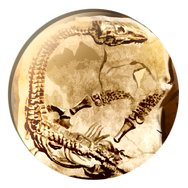 In the Brave New World expansion of Civilization V, archaeology is no longer just one technology to research, and now becomes a major gameplay system with large repercussions. Nations will race to uncover the secrets of the past and benefit from their products.

Archaeology starts after researching the namesake technology of the Industrial Era. That is when interest awakes in your empire to the past and its significance, and as a result, a new type of "resource" is revealed: Antiquity Sites. 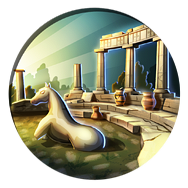 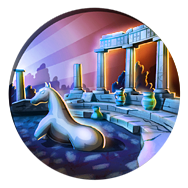 An Antiquity Site is a place on the map where something important happened in the past, which is of interest to your archaeologists in the present (or future) era. The locations of Antiquity Sites actually depend on earlier events in the game - Ancient Ruins that were discovered, Barbarian encampments that were destroyed, and the places of major battles that were fought, are all recorded in the game's history and later become Antiquity Sites. It doesn't matter which civilization was involved in the event; all the relevant sites become visible to everyone.

There are also a number of Hidden Antiquity Sites, which are discovered by completing the Exploration Social Policy tree. These sites are "secret," perhaps because they're buried deep in the jungle or under the sands, and need improved search capabilities to be discovered. Thanks to their limited accessibility, these sites yield an advantage to whoever is able to explore them. Also, beginning with the Fall 2013 patch, they have a chance to yield unique Artifacts which fit not into the Great Work of Art slots, but the Writing ones. Alternatively, instead of yielding Artifacts, these sites can be used to start a "Cultural Renaissance," which gives your

Culture a one-time boost (much like the Great Writer's Social Treatise ability).

Note that because the locations of Antiquity Sites are actually related to events in the past of the game itself, these sites, as a resource, aren't calculated at the start of the game (as it happens with other resources), and only revealed as each nation discovers the relevant technology. 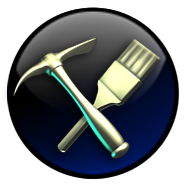 You can now train a new civilian unit: the Archaeologist. He can only be trained in cities with a University (he can't be bought with

Gold!), and his job is to go out there and explore the Antiquity Sites. He has the special ability to create an Archaeological Dig on an Antiquity Site; he works there for about three turns (plus additional turns necessary to clean up the tile of forest, jungle or marsh), after which he uncovers the marvels of the site.

When an Archaeological Dig is completed, you get the choice of either extracting an Artifact from it (which is automatically placed in the nearest city with an empty Great Work of Art slot) or turning the site into a Landmark improvement. In the former case, the site is gone and the tile reverts to its base terrain, available to work; in the latter case, the site is converted into a Great tile improvement which yields

Culture. In both cases, the Archaeologist is consumed.

Note that the dig is just like a regular improvement - it can be begun, abandoned, and later finished by any Archaeologist unit. The civilization to which the unit belongs gets the benefits, even if someone else started the dig. Also, note that you must choose the effect of the dig as soon as it's finished - you can't wait until several turns later (for example, if you have no Great Work slots in which to place an extracted Artifact).

If you choose to turn an Archaeological Dig into a Landmark site, its

Culture bonus is equal to the difference between the era when the site originated, and the current era of the civilization on whose territory the site is located. For example, if a civilization which is currently in the Modern Era works a Landmark which originated in the Ancient Era, the

Culture bonus is 5 (and when it enters the next era, it will increase by 1). Obviously, a Landmark built outside of anyone's territory doesn't serve anyone.

The same applies to any Artifact extracted from an Archaeological Dig, but here not only the original era matters, but also which civilization participated in the encounter that created the archaeological interest. Later, when you arrange the Artifacts in your museums and certain wonders, Theming Bonus activation will depend strongly on the right combinations of eras and civilizations (something which is valid not only for combining Artifacts, but also for all Great Works).

Archaeology may turn into a veritable weapon for some civilizations, especially those in pursuit of a cultural victory. The Artifacts unearthed work the same as a Great Work of Art (or Writing), which is of course essential for increasing

Tourism output. Besides, you have to decide carefully if you're ready to sacrifice some industrial and military development in order to rush the tech and build Archaeologists instead of other stuff in your cities - in many cases this may not suit your general strategy, or lead you to outright disaster.

To make the best use of archaeology, you will need some preparations. First, you have to be aware that Archaeologists may only be built in cities with a University, so plan accordingly and build these buildings in key cities across your empire (cities with high

Production are best, because they will produce more units per number of turns). Then you need to rush the tech, then start building Archaeologists like crazy in all applicable cities and send them out to explore. You may wish to start with sites further away, since those are more likely to be explored by rival civilizations later; leave the ones in or close to your territory for later. Also, make sure you build lots of Museums to house all these Artifacts, or after finishing an Archaeological Dig you may find yourself forced to make it a Landmark - quite useless if it's far from your own territory.

Choosing what exactly to do with digs is quite intuitive - if it's within your territory and close enough to a city (or, if you plan on settling a city nearby), you can turn the dig into a Landmark. Later on, cultural buildings in the city will make good use of it by converting half the

Tourism. In all other cases, extract Artifacts and place them in your cultural buildings to increase immediately

Tourism output. However, if the digs are in other nation's territory, you may need to be wary with this approach.

Another thing to note, try to remain at peace with other civilizations so that your Archaeologists can roam the world freely. Open borders treaties are even better - they will allow your Archaeologists to move through other territories faster (using the transport infrastructure there) and explore sites within them. But be wary! Extracting Artifacts from these will lead to diplomatic incidents!

Also be wary of enemies which may try to capture your Archaeologists! Barbarians will go after them, and if a nation you're at war with gets hands on your Archaeologists, they will turn around and use them against you - even after being captured, Archaeologists remain as such and use their abilities for the nation who captured them without complaint! If you suspect there may be danger involved, try to send military escorts with each Archaeologist.

As of the Fall 2013 patch, archaeology may also be used as a reasonable means of increasing diplomatic standing with nations or City-States - for that to happen, you need to reach a site within the territory of the other nation/City-State and convert it into a Landmark. The resulting gratitude is immediately transferred into diplomatic benefits, or City-State

Influence. This is a good strategy when you're going for a diplomatic victory and don't need a serious

At any rate, exploring as many sites as possible is a great way to stay ahead of your competitors, although this helps more for certain ways of victory, than for others.