Arcane: League of Legends - The Loop

01:54
Wikipedia has a page called: Buddhism


Buddhism is one of thirteen eligible religions featured in the Gods & Kings and Brave New World expansions for Civilization V.

Unlike the Buddhism in Civilization IV, this religion has no technological requirements to be unlocked and neither unique buildings nor a unique missionary unit. However, the Pagoda religious building may be said to be close in spirit to Buddhism, although there is no gameplay relation of any kind between the two. Like all other religions, Buddhism can be founded directly after using a Great Prophet's Found Religion ability and only one civilization can be the founder of this religion.

Buddhism is the preferred religion of the following civilizations:

Followed by more than 350 million people throughout the world today, Buddhism is based on the teachings of revered spiritual leader Siddhartha Gotama, known as the "Supreme Buddha," meaning "the enlightened one." As the central figure of Buddhism, Buddha was not recognized as a god, nor did he presume to claim a connection to God. Rather, Buddha taught his followers a path to enlightenment based on his own life experience, a distinction that differentiates Buddhism from many of the world's major religions.

In the present-day, there are three major schools of Buddhism. The largest, Theravada and Mahayana, are known as sutric schools, and they believe that the primary means of attaining enlightenment is through the careful study of Buddha's teachings. The third, Vajrayana, is a tantric school, meaning they believe they can accelerate the process of enlightenment through the use of yoga, mantras, and other rituals.

The religion icon of Buddhism is the dharmacakra (or the wheel of dharma), representing the dharma, the Buddha's teaching of the path to Nirvana, since the period of Indian Buddhism. In Civilization IV, the icon for Buddhism was a statue of Buddha meditating. 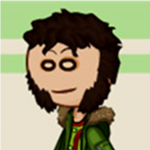 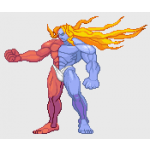