The Carthaginians are part of Call to Power II, but not the original default game - they are in the Classical Age modpack. You could find them in the Alexander the Great in the original scenarios that came shipped with the original game. Their unique unit is the War Elephant. You can't play as them. You play as the Macedonians but the Carthaginians play as a minor role in this scenario. They are also found in other scenarios that use this modpack such as the Hannibal's War scenario. Bear in mind that the city locations in Hannibal's War scenario were assigned at random. The list below will have the real world coordinates if you wish to edit the Hannibal's War scenario to make it more like the real thing. Therefore, the list includes the Rise of Rome scenario city list instead of Hannibal's War since they both use exactly the same map. Rise of Rome scenario can be found at WePlayCiv.

* Only appears if you're using the editor. The only difference from the Rome scenario is that there is a land bridge to the African mainland, and it is not fully surrounded by water tiles.

Strategy for the Macedonians[]

In this scenario you play as the Macedonians; they are in the Player 1 slot. This strategy section will revolve around playing as the Macedonians. In order to defeat the Carthaginian empire it is best to discover the technology that leads to the Knight unit. If you have a stack of 12 Knights all in group mode you can use them to take down just about any enemy. There is one catch, however: it takes a very long time to discover this technology and to build such a number of Knights, but it is possible without cheating. First you have to edit the turn length text file and make sure that it is lengthened to 900 turns. This requires copy and pasting. After you copy and paste the turns, you re-number the turns so that when playing the game the game won't crash. After this you can rename the turns so that they don't say earlier dates. The original creator made the Alexander the Great scenario open ended so there's no actual end of the game turn. So it's possible to edit the turn length text longer than the way it is set when you install the game. After you make sure that the turn length text is at least 900 turns in length, you play the game as the Macedonians and you conquer the known world.

In this scenario after you win against the Persian empire there are some interesting and alternate history things that occur. For starters, Alexander gets an heir to his throne (if you manage to keep him alive). The scenario is open ended which means it can go on as long as you like, if you defeat the Persians. This is similar to when you're playing SimCity for the PC; if you win the scenario, you get to continue playing. But on the other side of the coin, if Alexander dies at any point in the game before you defeat Persia, you lose the game. Luckily there is no time limit. Even if you have not added the extra turns to turn length text file you can still play the game, but you will no longer know what the date is. Another spoiler is that the original maker of the game (Harlan Thompson) did not give Alexander and his two generals all full stacks of 12. So you would not be able to conquer Persia as quickly as in real life.

Locations of City Sites in Rise of Rome Scenario[]

Strategy for the Dacians or the Romans[]

In the Hannibal's War scenario, the Player 1 slot is the Dacians. In the Rise of Rome scenario, the Player 1 slot is the Romans. If you play the Hannibal's War scenario, your strategy should be to let the Romans and the Carthaginians fight it out and play winner - that is to say, you should prepare to fight and defend against whichever side wins the Punic Wars. Your best bet is to expand your Dacian state into the barbarian tribes (Player 0 slot) that are on your borders. Their city locations (encampments) are lightly defended and you do not want them to get stronger; if they become too strong, they will endanger everyone on the map and you want to prevent this at all costs. Also you need their land because a stronger Rome or a stronger Carthaginians from the Punic Wars victory would be less threatening if you did some expansion yourself.

If you're playing as the Romans in the Rise of Rome scenario, your goal is to go to war with the Carthaginans and the Syracusians as soon as possible because this is what occurred in real life and expansion of Rome is the goal of Rise of Rome scenario. You start the game in 275 BC already having stripped the Syracusians of all cities except the ones on Sicily Island. Having taken away Tarentum, Croton, and Rhegium before the game began during the Pyrratic War with Epirus (which was allied to the Syracusians), the Romans need to take Aleria, Olbia, Caralis, N.Syracuse and S.Syracuse from the Carthaginians and Syracusians by the year 235 BC. There's plenty of time; this is about 160 turns to meet this real world deadline. After this, the Romans will have to be very careful because the Carthaginians will be very angry with them. The Syracusians, on the other hand, are not so lucky because they will have been defeated once and for all and this player will be eliminated from the game by the Romans.

Locations for City Sites on the Original Earth Map[]

Strategy for the Phoenicians[]

In this scenario you play as the Phoenicians. You begin in 4000 BC, and in between the turns for 750 BC and 740 BC, Phoenicia State was lost to the Assyrian civilization. The colony of Carthage later expanded to include the Berbers Tribe and the Iberia Region. This is the smallest Earth map so the area the Carthaginians expanded into in real life is relatively small compared to the vastness of Planet Earth. 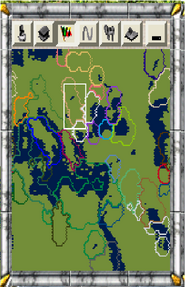 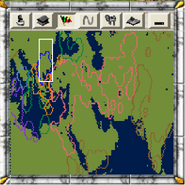 The map of the world for the Alexander the Great scenario
Community content is available under CC-BY-SA unless otherwise noted.
Advertisement