Edit
watch 01:08
Civilization Revolution: Your World Trailer
Do you like this video?
Play Sound

ESRB: E10+, BBFC: PG, OFLCA: PG, PEGI: 12
Sid Meier's Civilization Revolution (called Civilization Revolution or CivRev for short) is a 2008 iteration of Civilization developed by Firaxis with Sid Meier as designer for the Nintendo DS, PlayStation 3 and Xbox 360 consoles. It is now available for the Apple iPad as well as the iPhone and Windows Phone. A Wii version was originally expected but was put on indefinite hold. The lack of a PlayStation Portable version was attributed to a lack of development manpower.[1]

Sid Meier was enthusiastic about this game, being quoted in both the press release and trailer as saying, "This is the game I've always wanted to make."[2]

A demo was released on Xbox Live Marketplace and the North American PlayStation Store on June 5, 2008. The demo allows players to play until 1250 AD as Cleopatra or Julius Caesar, and also allows multiplayer play.[3]

The Facebook game CivWorld has been replaced by the iOS version of Civilization Revolution. Facebook "Search" has no obvious link to it.

The Xbox 360 version of the game was made backwards compatible for the Xbox One in April 2017.[4]

Civilization Revolution is a turn based strategy game in which the player can take on the role of one of 16 different civilizations, each with special abilities, occurring from prehistory to modern times and the near future. In past installments, the player had more control over the rules of the game and often the game could last for more than ten hours. In Civilization Revolution, the games for the most part can be finished within three hours. For the console version, the game-play has been streamlined and simplified to make the game easier to play for newcomers to the series.

In addition to naming cities, players are randomly allowed to name geographical features such as mountain ranges, plains, forests or rivers.

A victory can be achieved in four different ways. Unless specified/defined in a scenario all four victory conditions are open to be used. Different civilizations have distinct advantages over others depending on their "bonuses."

As a civilization nears one of the above-mentioned victory conditions, all other civilizations will usually declare war on it in an attempt to delay or stop it from winning. You should have a well-defended city if you are planning for a technology, culture or economic victory. If you are planning to use Domination you should have many Armies and lots of defense units to cover your Tanks, Catapults or Artillery. Archers, Pikemen, Riflemen or Modern Infantry are all considered defensive units. An enemy victory due to the launching of a starship to Alpha Centauri can be prevented by capturing the enemy's capital. If an enemy captures your capital you will have to take it back before you can win this way. An enemy victory due to culture can be prevented by seizing some of the enemy's wonders or great people. An economic victory, however, cannot be prevented once a player has reached 20,000 gold, even if they lose gold or their capital. All that player's cities must be captured (or destroyed with a nuclear weapon) to fully eliminate the threat.

Civilization Revolution has 16 civilizations with corresponding historical leaders, 5 different difficulties, 4 different ways to win, streamlined time scale for quicker play, fully featured online play, including auto-matching, ranked games, and leaderboards, voice and vision chat, downloadable content, Achievements, a Civilopedia (a dictionary about every unit, great person, wonder, etc.), and advisers. The game also features a "Game of the Week" mode which will allow players to download a fixed game setup each week. Players are able to compete for the best single player score with this game setup. The "save game" option is disabled during Game of the Week play.

Civilizations Featured in the Game[]

Many of the civilizations have specific specialized units that only they can build, but, by contrast with previous games in the series, these are for looks only: special units do not possess abilities beyond the normal unit but may have varying stats. These units can be upgraded like other units giving them special abilities.

There are also NPC barbarians who will wage war with all civilizations in the game until the globe is conquered with all civilizations being destroyed. If all Barbarian villages are destroyed no new ones appear. As a variation from some of the PC versions, barbarians now live in villages and will attack from them. Also, the level of barbarian activity cannot be adjusted as in previous games, though the level of barbarian activity changes in certain scenarios.

Native villages are scattered across the map with three different visual representations: Igloo, Teepee and Jungle Hut. When entered by a unit, including a fly-over by an air unit, the village disappears and the villagers reward the player.

The single player of Civilization Revolution starts with the founding of a single city in 4000 B.C. to the Space Age in 2100 A.D. Players then expand their empires and research new technologies. The player has four different ways to win and is competing against four opposing AI civilizations. There are scenarios that do tweak the rules such as extra barbarians, all technologies already discovered, and more.

Civilization Revolution features some robust multiplayer options, including matchmaking and ranked games for up to four players (in free-for-all, one-on-one, and two-on-two team battle modes), as well as leaderboards and support for voice and video chat.[5] Although many critics and players agree that the multiplayer is slow, there is an option to enable a turn timer such as in chess to attempt to make the game go faster, and one can also use the diplomacy panel and the city screen during other players' turns. Split screen multiplayer is not supported, but system link (on the Xbox 360) is.

For the Xbox 360, Nintendo DS and PlayStation 3 versions, each week a new Firaxis-created scenario will become available to players for download. Players compete to earn the best Civilization Revolution leaderboard score for that scenario during that week. Firaxis has also released DLC for PS3 and Xbox 360 which includes wonders, relics, and even specific maps such as deserts, continent look-alikes and several others. New wonders include the Tower of Babel and the Leaning Tower of Pisa among others, which can be utilized in game like any other wonder. There was also DLC for the iPad and iPhone versions, which added multiplayer support, new wonders (the Taj Mahal, Lighthouse of Alexandria, Statue of Liberty, and Sydney Opera House), new buildings, and new units.[6][7]

GameInformer magazine gave the game a 9/10, stating that the controls work very well on the consoles, and, while the game is simpler than Civilization IV, the faster playability is very enjoyable.

GameSpot gave the 360 and PS3 versions a 9.0/10 and an editor's choice award, praising its gameplay and visual design but found the multiplayer to be slow.

Game Revolution gave it a B-.

PlayStation: The Official Magazine gave the PS3 version a 4/5.

On February 4, 2008, 2K Games and Firaxis announced that the Wii version of Civilization Revolution was put on indefinite hold due to lack of manpower and no PlayStation 2 or PlayStation Portable editions of the game to share assets with. Firaxis programmer Scott Lewis explained, "CivRev was originally a Xbox 360/PS3 project and was in development for over a year before the Wii/DS platforms were added. The result was that the time and effort it would have taken to remake a game built for higher-end hardware from the ground up would simply have been too costly."[11] On June 10, 2008, Sid Meier reaffirmed plans to develop a Wii version, stating that Firaxis had "no intentions of turning backs on the Wii version."[12] 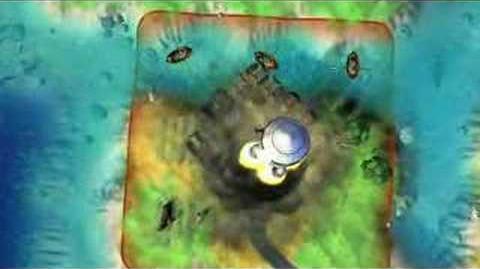 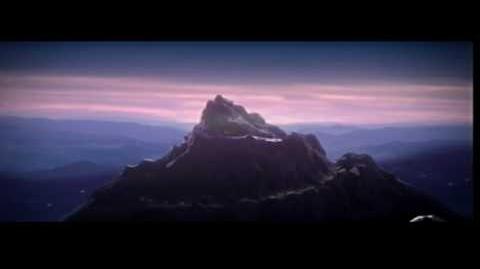