This is the first incarnation of the series where the leaders speak in their native language in a fully animated diplomacy screen. This only applies to the audio; all text is in the language selected.

Civilization V has 87 units, ranging from military to civilian. Unlike in previous games, you can have only one unit of each type (Military/Civilian/Embarked) per hex. For example, you cannot have a Horseman and an Archer on one tile. This also applies to cities.

Most units can move 2 hexes (4 hexes for mounted units) and are no longer destroyed if they lose a battle, taking damage instead. Players can swap a unit out with one next to it during battle.

Units take longer to produce than in previous games. They also have higher upkeep costs, potentially reducing the number of units you can maintain at one time. The upkeep costs become more expensive the further you are into the game.

There are no longer troop transports. Instead, units instantly transform into makeshift floating transports when moving into water after the Optics technology is researched.

One new concept in the game is the addition of

city-states - small countries usually limited to a single city, that don't compete to win the game. However, they can expand their territory and acquire the same resources as any player can. They provide economic and diplomatic bonuses if you befriend or ally them by doing quests or giving gifts. If you are hostile toward a city-state, its allies become hostile towards you.

High terrains
Mountains (are impassable to all units except helicopters and Carthaginian troops, after Carthage earns its first Great General) and hills (provide more defense and negate the effect of obstacles such as trees for ranged units)

Water terrains
Coast, ocean, lakes and rivers (affect those attacking across them and use up all movement points)

Forest/Jungles
There are several types of forests/jungles representing the four major land masses. Wounded units can hide and recover in trees/forests.

Civilization V also includes Natural Wonders which are automatically placed around the map. These wonders provide

Happiness bonuses to any civilization that discovers them. Some of these natural wonders are: Old Faithful, Mount Fuji, Krakatoa, and the Great Barrier Reef. They also give additional bonuses to

Gold income when cities are founded near them or cover them with their territory.

Iron deposit, for example, yields between 2 and 9

Iron resources, letting you build that number of units that require

Iron. Therefore, acquiring as many strategic resources as you can is a must to support large armies.

Wonders come in the form of world wonders, national wonders and projects, just like in Civilization IV. The concept of tile improvements has been modified slightly: in addition to Workers and Work Boats, the Great People can now construct special improvements (or "bulb") too.

Great People's special tile improvements replace any improvements already built on them. Roads can go through these special improvements, and they automatically hook up any strategic resources on those tiles.

The building of these special improvements consumes the Great Person, removing them from the game.

Civilization V comes with 74 technologies divided into seven eras, from Ancient Era to Future Era. In single-player games, the discovery of each tech is accompanied by a famous quotation from history that is voiced by William Morgan Sheppard.

Although technology trading has been removed, a new feature was added: making a research agreement. Two civilizations at peace can form one for an initial investment in

Culture. There are ten separate trees of social policies, and filling out five of the ten rewards the player with cultural victory. Instead of switching one policy with another, some policies build on others. Each policy has its own bonuses, such as starting a

Once again, there are many ways to achieve victory other than military conquest. You can win by focusing mainly on scientific research and be the first to assemble and launch a spaceship to Alpha Centauri. Diplomatic victory requires help from other civilizations and city-states in the United Nations and the World Congress in later expansions. Cultural victory now requires one to complete five out of ten of the social policy "trees" and completing the Utopia Project, or becoming influential over other civilizations with

Tourism in the Brave New World expansion. Obviously, World Domination is one option, but the victory condition has been simplified compared to the other games. Rather than completely destroying the other civilizations, the player who gains control of all

Capitals wins. You can also win by having the highest score at the year 2050 AD.

There are multiple downloadable add-ons to Civilization V. This includes two expansion packs that add a massive amount of content including new civilizations, maps, scenarios, wonders, buildings, units, and gameplay elements. They are:

Aside from the two expansion packs, several additional add-ons are available to add a few more contents. These include:

Alternatively, some of the DLC packs can be purchased in bundles.

Civilization V has multiple scenarios to play. All of them require downloadable content to be available.

The Steam version of the game comes with over a hundred achievements, ranging in scope from "Discover an ancient ruin" to "Beat the game on the Deity difficulty level." They are listed on a separate page, along with explanations of the myriad of references to other works that are included in the achievement names...and there are many.

You can see a lot of Civilization V images on http://ve3d.ign.com/images/game/62125/PC/Sid-Meiers-Civilization-V

Sid Meier's Civilization V received "universal acclaim" reviews and was tagged as a "must-play" game on Metacritic holding a metascore of 90/100 based on 70 critic reviews.[1] 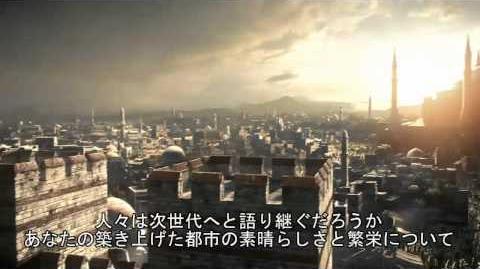