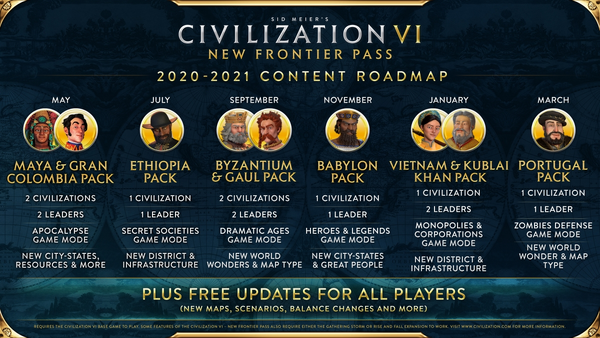 Each Persona Pack contains a brand-new take on a favorite leader, with a new leader model and background, new gameplay bonuses, and an updated agenda that reflect the changes to the leader's personality. The Persona Packs are available exclusively to owners of the New Frontier Pass.[1]

At the same time the New Frontier Pass was released, Firaxis published a series of updates available to all Civilization VI players.