Back to Civilization VI Updates
The May 2018 Update (version 1.0.0.257), also known as the Spring 2018 Update for Civilization VI: Rise and Fall was released on May 10, 2018. The update includes a number of balance changes, AI adjustments, multiplayer changes, and bug fixes.

The following is a complete list of change notes. 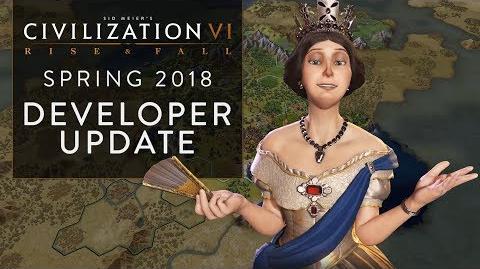