Sid Meier's Civilization VI (called Civilization VI or Civ6 for short) is a turn-based strategy and 4X game in the Civilization franchise that was released in 2016. The lead producer of the game is Dennis Shirk, and the lead designer is Ed Beach.

There are currently nineteen civilizations included in the base game. This includes the Aztec civilization, which was officially added ninety days after launch. The Nintendo Switch version contains these nineteen, as well as all civilizations from the initial four DLC packs.

Each civilization has three unique components: a unit, a piece of infrastructure (be it a building, a district or a tile improvement) and an ability. Furthermore, each leader has a distinct ability of their own, as well as a unique agenda which shapes his or her play style and diplomatic personality when controlled by the AI. Abilities can be multi-faceted, and some leader abilities include a further unique unit, or another piece of unique infrastructure, giving the civilization a total of two, or even a unique project.

Cities take up multiple tiles: when a city is settled, the tile it was settled on becomes the City Center district, and any other tile up to three hexes away from the City Center is able to have another district on it, to be improved by a tile improvement, or to have a wonder placed on it (see below).

Districts themselves act as containers for buildings of the same type. For example, the Campus district may contain buildings such as the Library, University, and Research Lab.

As with previous Civilization games, wonders are mega-buildings that are unique in the world and provide potent bonuses to a civilization. All wonders are inspired by, and named after, famous real-world buildings or landmarks that have stood the test of time and changed the world forever. Wonders require time, energy, and effort to complete, but once constructed, they provide your civilization with many benefits. As with districts, they are built not within the City Center, but on tiles of their own. When built, all tile yields from that tile are removed and the wonder replaces anything else that was originally there.

Civilization VI adds a feature known as "wonder movies," which allows you to watch a wonder being constructed from scratch in less than 30 seconds (somewhat similar to the wonder movies from Civilization IV). This replaces the announcement screen you see in Civilization V when you complete a wonder.

Natural wonders are unique terrain features that may be found scattered throughout the world. All natural wonders cover between 1 and 4 tiles, and provide powerful bonuses which are of great strategic importance to nearby civilizations. Though players cannot build districts or improvements on wonder tiles, the bonuses they provide to their surroundings make them attractive locations for constructing cities.

There are six types of city-states in the game. To influence city-states, civilizations can send

Envoys, and receive larger bonuses (based on city-state type) for higher numbers of

Envoys. The civilization with the most influence over any single city-state becomes the Suzerain, as long as that civilization has three or more

Envoys present. If two or more civilizations are tied for influence (same number of

Envoys), there is no Suzerain. The Suzerain receives a bonus unique to the city-state in question. Suzerains may pay

Gold to take control of their city-state's military units for 30 turns.

Envoys are representatives of your civilization that can be sent to city-states that you've met. By default, one

Envoy is earned for every 100 influence points that you accumulate and it can be improved by policy cards. The bonuses you earn from a city-state depend on how many

Envoys you have sent to the city-state. One bonus is earned for having 1

Envoy, the next bonus is at 3

Envoys, and the final bonus is at 6

Envoys. Declaring war directly on a city-state removes all

Envoys you had there. Otherwise,

Envoys stay at the city-state permanently.

City-states that you have met can periodically generate a quest, such as sending a

Envoy in that city-state.

Social policies have been removed and replaced with civics, which are unlocked with

Culture via a research-style civics tree. Civics grant bonuses, unlock buildings and wonders, give you policy cards, and open up government types. In single-player games, the discovery of each civic (and tech) is accompanied by a famous quotation from history that is voiced by Sean Bean.

Policy cards, once unlocked via the civics tree, are placed in your policy card deck. From there they may be selected to customize your government. The government's card configuration can be changed at any time for a

Gold cost, or for free whenever a new civic is completed.

These cards come in four types:

All civilizations begin with the Chiefdom government upon researching Code of Laws; further government types are unlocked via the civics tree. Anarchy is not present when changing government types unless reverting to a government which has been previously chosen.

Each government has a unique bonus, an additional legacy bonus earned by keeping the government type for an extended and unbroken period, and a different configuration of policy card slots.

Certain wonders and abilities award additional, free policy slots. These can be filled with cards of the appropriate type, regardless of a civilization's current government.

Religion is a returning feature in Civilization VI, but its role has been greatly expanded both in scope and in importance, becoming the focus of a new victory condition. A Religion is a system of spiritual Beliefs (manifested by game bonuses), founded by a Great Prophet which you get points towards by building holy sites, and spread among the population of cities around the world. Religion is primarily based around the

Faith stat, which you can gain through various means including buildings, wonders, and others.

Pantheons are the first signs of spiritual development in a civilization, and a stepping stone towards a religion. Pantheons worship a number of minor gods, usually related to nature and natural phenomena, and provide minor bonuses, usually based on terrain. In a major departure from the previous game, a civilization's Pantheon will not get overwritten by foreign religions converting your cities.

There are five victory conditions in the base version of Civilization VI (six with expansions), corresponding to many of the major aspects of the game. You can win a Science Victory by focusing on scientific advancement and ultimately establishing a base on Mars. Cultural Victory returns from its debut in Civilization III and looks similar to the incarnation in Civilization V: Brave New World; it triggers when you attract more visiting tourists than any country has domestic tourists. Religious Victory is added to the victory conditions from Civilization V; it requires that the religion a player has adopted become the predominant religion (followed by > 50% of cities) in every civilization in the game. Score and Domination Victories return as well.

The Aztec civilization is a free DLC that became available to everyone 3 months after the game's release. Immediate access to the Aztecs could be obtained by pre-ordering the game.

* Also available as preorder bonus.
** Only available on Nintendo Switch, PlayStation 4, and Xbox One. Khmer & Indonesia and Nubia are the only other DLCs not included in the console base game.

Cover for Civilization VI on XBOX ONE

Cover for Civilization VI on PS4 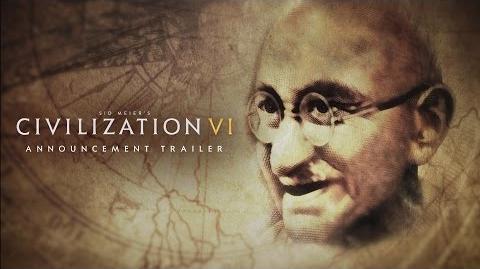 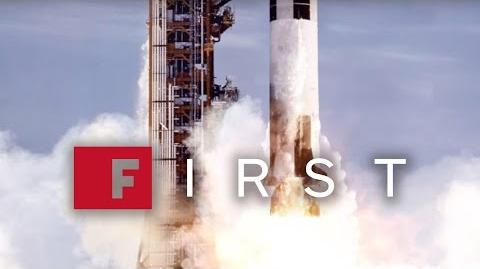 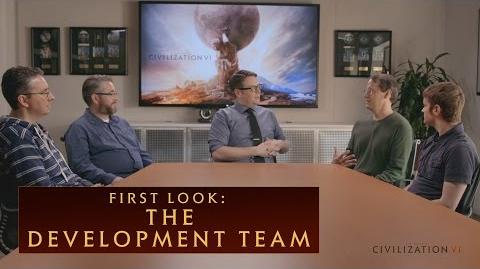 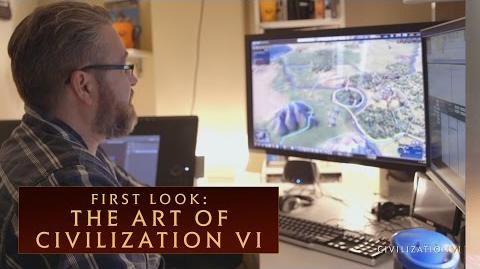 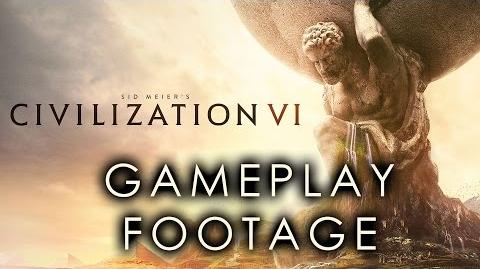