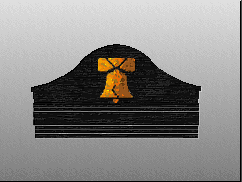 Democracy is a government type in Civilization II.

A Democracy is ruled by a president elected by the people. The rulings of the president are subject to review by the Senate, a group of elected representatives who serve the best interests of the citizens. Democracy allows its citizens a higher degree of personal freedom and involvement than any other form of government.[1]

The usual title of a democratic leader is "president".

Democracy is arguably the best form of government in Civilization II due to its numerous abilities. At the national level, there is no restriction on maximum tax rates, scientific research is faster than all other government types, while corruption and waste are eliminated, and all units are immune to bribery. Cities generate extra trade, cannot be subverted or incited to revolt, and will grow by one citizen each turn, as long as it has sufficient food, each time it celebrates "We Love the King Day." The Courthouse makes one content citizen happy, as its normal functions are obsolete under this government.

However, these benefits come at a price. There is no free support for units, so each unit in play costs one shield from its home city. Each unit (with attack power) that is neither in a city nor a fortress within three squares of a friendly city will make two people unhappy in that unit's home city. This makes temples, cathedrals and coliseums that much more important, as is having the Shakespeare's Theater wonder in a city with high shield output. Democracies are very fragile, as all civil disorders must be taken care of immediately or the government collapses and a period of Anarchy ensues. Settlers and Engineers require two food from their home city to support.

Of all the government types in Civilization II, Democracy has, by far, the largest effect on relations with other nations.

Nations with democratic governments are more likely to remain at peace or allied with each other, and receive a slight boost in diplomacy with non-democratic nations.

Based on the real-world tendency of requiring legislative approval to declare war, Democracies have a hard time breaking treaties, as nearly every attempted attack will be blocked by the Senate. It's also hard to ignore opponents and turn down treaty offers, as the Senate will typically override the leader's decision. The United Nations wonder is a valuable asset to any democracy, as it reduces the senate's influence to a more tolerable level.