Embarkation is a promotion in Civilization V. Land units can move into water, i.e. embark onto water tiles in boats, once the Optics technology has been researched. (Polynesian units, however, can embark and enter ocean tiles immediately.) With Optics, units other than the Polynesians can only sail in coastal tiles. Discovering Astronomy allows them to enter ocean tiles and increases embarked movement by 1 as well. Learning Astronomy does not allow the early naval units, such as Triremes and Galleasses, to enter ocean tiles, except for those controlled by the Polynesians. Discovering Steam Power increases embarked movement by 1.

An embarked unit has much less offensive power than it does on land. If it is a melee unit, it can attack from the water but suffers a 50% combat penalty (which can be negated if the unit has the Amphibious promotion). If it is a ranged unit, it needs to disembark to perform a ranged attack. Both embarking and disembarking expend all of a unit's remaining movement points for the turn (except for Danish units).

If a unit is not in friendly territory when Optics is discovered, it will not get the Embarkation promotion. Returning the unit to friendly territory, or to the territory of a city-state with Friend status or higher, will give the promotion at the start of the next turn. The one exception is for Barbarian units that join the German army, provided Germany has discovered Optics. They will have the ability to embark immediately, no matter where they are recruited. 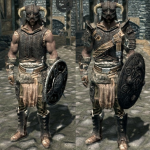