Back to the Barbarian article


An encampment is a Barbarian base that spawns new Barbarian units. It appears randomly throughout the world and starts spawning Barbarian units, with the frequency of appearance and spawn rate both dependent on the difficulty level of the game.

An encampment occupies one tile of land. It won't spawn on top of resources, but can otherwise appear on any unobserved tile at least seven? tiles from any existing encampment – even right on top of some Ancient Ruins. The encampment spawns only Barbarian units (and nothing else), with spawn rate depending on the game difficulty, but there is often a Barbarian unit occupying the tile where the encampment is.

The tech level of the spawned units follows the current era the most advanced player is in. So, if the encampment spawned when the most advanced player was in the Medieval Era, it'll spawn units such as Pikemen and Crossbowmen, but later it will start spawning Riflemen and Gatling Guns. Technically, you could have Barbarian Infantry units, if they find a place to spawn during the Modern Era! This is especially true on larger maps, where early game expansion is less common, and where there is still neutral land even in the Atomic Era.

Encampments spawn land units, which require no strategic resources. Those next to a coast also spawn naval units, which will then start roaming the nearby seas. The Brave New World expansion seems to have made changes on what the encampments spawn so that they now spawn all kinds of units, including Horsemen and Swordsmen.

Encampments will continue to spawn far from settled territories until there are no suitable places left (meaning almost all land belongs to someone).

Encampments tend to have a fortified unit inside at all times, but otherwise they don't have any special defenses (unlike cities). In fact, attacking an encampment is actually just like attacking a fortified unit anywhere else on the map. Use ranged units to wear it down, then crush it with a melee unit, destroying the encampment at the same time.

If a civilization's territory expands to a tile with an encampment, it will be destroyed immediately, with the defending unit left on the terrain at the mercy of your warriors.

You get a small amount of

Gold (25 in Standard speed on Prince) for each encampment you clear. Occasionally, a city-state may ask you for help against "invading barbarians," and will reward you for destroying encampments (and Barbarian units) close to their borders.

In Brave New World, upon the discovery of Archaeology, Barbarian encampments cleared in the past may be turned into Antiquity Sites, which can be explored archaeologically. Archaeological Digs may be formed on them, which can produce cultural Artifacts, giving you a

Tourism boost, or be turned into a landmark to increase your

An Encampment is a temporary settlement by a group of rampaging barbarians intent upon overthrowing and destroying your civilization. These perpetual thorns in the sides of civilizations are capable of spitting out an unending stream of angry barbarians, all who seek to overrun your cities, pillage your lands and stare lewdly at your women. Encampments near to your cities should be destroyed without question. Encampments nearer to competing civilizations may be left to harass your foes, if you're that kind of sneaky leader... 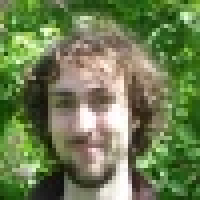