Faith is one of the main statistics in some of the Civilization games. It was introduced in Civilization V: Gods & Kings, but it appears in spinoff games too. It represents a civilization's religious and spiritual development and can sometimes be used to recruit Great People.

Faith is what keeps Fundamentalist citizens content so that they do not need buildings such as temples.

Faith is not present in (or the article has not been created for) the following games :

Not in the following games

It has been confirmed that Faith is not present in the following games : 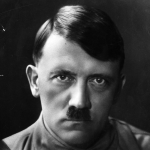