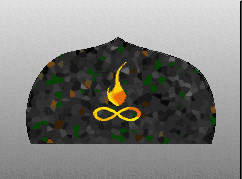 Fundamentalism is a government type in Civilization II.

Fundamentalism is a form of government organized around a central set of beliefs. These beliefs, usually religious in nature, form a rigid guideline for the actions and reactions of both the ruler and the people. In a Fundamentalist society, the people and the rulers are entirely devoted to their beliefs, and are usually willing to die to preserve them.[1]

The large amount of

gold you will receive is extremely useful for maintaining large armies as well as the 10 free units and the fanatic is a free, fast to produce military unit. Due to its science penalties, it is best to choose fundamentalism when you are prepared to win by conquest, or when you have researched most technologies already.

The usual title of a fundamentalist ruler is "high priest" (male) or "high priestess" (female).