A Great Person specialized in land warfare. Appears when land-based military units generate enough Great General points (by earning XP in battles against non-Barbarian units and Barbarian units inside your territory). The number of points required increases with each successive General.

The unit is expended after performing either of these actions.

The Great General can construct the special Citadel improvement. In order to Construct a Citadel, the Great General must either be in your territory, or on a land tile bordering your territory (even if this land tile is in another civilization's territory!). The Citadel gives a 100% defensive bonus to any unit occupying it and damages enemy units that finish their turn in tiles adjacent to it for 30% of their total hit points. The Great General is consumed when it builds the Citadel. In Gods & Kings and Brave New World, this ability also has similar properties to the "Cultural Bomb" ability, adding all adjacent tiles into your territory. Be warned that stealing the territory of other civilizations can cause diplomatic incidents with the leaders.

The use of Great Generals, as well as Great Admirals, is much different than that of other Great People. They usually lie dormant until a war requires their abilities, at which point they should go immediately to the battlefield or sea. If you're fighting a lot, you may find yourself with more Generals/Admirals than you need - that's the time to construct Citadels in strategic locations (either to strengthen a weak point of the battlefield, or to claim a tile with an important resource). Strictly speaking, unless you're pursuing a total war strategy on several battlefronts, you rarely need more than one Great General and Great Admiral.

"Great Generals" are the supreme warriors of civilization. They create the weapons and train the soldiers. They plan the strategies to protect a civilization from its enemies, creating bold offensives, strong fortifications and cunning traps. They are the first out of the trench or onto the enemy's ship. They lead the charge into battle, carrying the fate of the people on their broad shoulders. 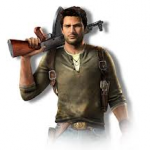