• Avenue in the Park of Schloss Kammer

Avenue in the Park of Schloss Kammer (

Gustav Klimt was born in July 1862 AD on the outskirts of Vienna in the long twilight of the Austro-Hungarian Empire. Son of a gold-engraver who had relocated from Bohemia seeking a better life, until 1883 Gustav lived in poverty while attending the Vienna School of Arts and Crafts – the Kunstgewerbeschule – to study architectural drawing. His rather bourgeoisie ambition was to become a drawing teacher, but he had more talent than that. After graduation he opened a small studio with his younger brother Ernst and friend Franz Masch. The trio agreed to concentrate on murals in the rococo style popular among Vienna’s upper class at the time. So successful were they that they received the Golden Order of Merit from Emperor Franz Josef I in 1888.

Gustav remained part of the “establishment” for only a few years. With the passing of his brother Ernst, and now experimenting with radically new styles, Klimt helped form a non-traditional artists’ group known as the Vienna Secession in 1897 to promote “meaningful, personal artistic freedom.” But his works, featuring nude human forms and dark symbolic imagery, brought a lot of criticism and public indignation. Despite these frustrations, Klimt’s success reached its peak during the next two decades.

Beginning with his Pallas Athena piece in 1898, Klimt created a series of works that made extensive use of ornamental gold leaf and a two-dimensional perspective akin to mosaics. Among the most striking of these iconic paintings are 'Judith' (1901) and 'The Kiss' (1908). Perhaps the most famous work of his “Golden Phase” – 'Portrait of Adele Bloch-Bauer' – was completed in 1907. Despite the disdain in his home city, his newer “impressionistic” works won prizes in competitions in Paris, Rome and other locales. But in 1918 Gustav suffered a stroke, which led to pneumonia, which led to death. 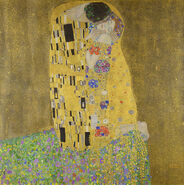 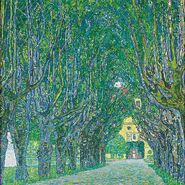 Avenue in the Park of Schloss Kammer 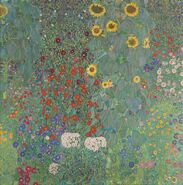