Culture for every 2 adjacent Moai.
+2

Culture if on or adjacent to a Volcanic Soil tile.
+1

Culture if adjacent to a Coast or Lake tile. Additional

Tourism as you advance through the Civics and Technology Tree.

Wikipedia has a page called: Moai

Moai are a special tile improvement in Civilization VI: Gathering Storm. They can be built by a player that is the Suzerain of the Rapa Nui city-state. Cannot be placed adjacent to a Woods or Rainforest tile.

The Moai is a great City-state tile improvement, especially on maps where Volcanoes are abundant (most notably the Primordial map). If you lead a civilization that lags behind in

Culture generation, or a

Tourism powerhouse that just unlocked Flight, Rapa Nui is the one City-state whose Suzerainty you need to contest. Keep in mind, the Moai is rather underwhelming without Coast, Lake or Volcanic Soil (as each of them only grants a maximum of 2

Culture in this case), so if you are an in-land civilization with no Volcanic Soil nearby, Rapa Nui should not be too high on your list of contested City-states.

On the tiny Pacific island of Rapa Nui, the Polynesian population created one of the most haunting and majestic works of art in the world: Nearly a thousand huge stone statues of human figures, each weighing tons, carved from the volcanic tuff of an extinct volcano. Moai were carved for a few centuries on the island before the practice ended, but the process of carving and erecting these monuments contributed to the environmental decline of the island.

Each moai was hewn out of the rock as a single piece, working until the back of the body was connected to the original rock by a thin “keel.” A moai could be abandoned mid-construction if the rock was found to be inappropriate, either by the inclusion of too-hard material or flaws within the rock itself. The largest moai on the island was abandoned before its completion. These were then moved miles away to rest on raised platforms called ahu, but the method of transportation is still hotly disputed.

Moai were fitted with hat-like objects of red scoria, called pukao, and probably had white coral eyes with dark stone pupils. Each moai is assumed to be an effigy of the chief who commissioned it, and the larger the moai, the greater the chief's mana. This led to ever-larger moai, requiring greater labor suppies and materials to complete. It is likely that this cycle led to deforestation and civil strife, as a greater and greater proportion of the labor and resources of the island went into moai creation.

There is archaeological evidence for considerable social upheaval on Rapa Nui after the moai-building period. A European visitor to the island in 1722 reported that most of the moai had been toppled from their ahu. Today many of the moai have been restored to their ahu, and the moai are a UNESCO World Heritage site. 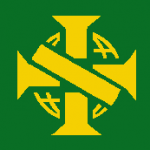