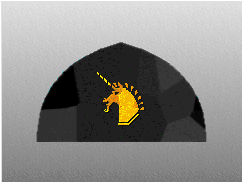 Monarchy is a government type in Civilization II.

A Monarchy is ruled by a single person, known as a monarch. The monarch's rule is less absolute than that of a despot, and he or she usually has the acceptance of at least the upper-class. The aristocrats under this system of government have some economic freedom, allowing the civilization to be more productive.[1]

Monarchy is an excellent form of government for a young civilization.[1]

The usual title of a ruler under monarchy is "king" (male) or "queen" (female).