Oda Nobunaga (23 June 1534 – 21 June 1582) was the initiator of the unification of Japan under the rule of the Shogun. He leads the Japanese in Civilization V.

Oda Nobunaga speaks mostly modern Japanese, though he uses a few antiquated phrases and verb endings and the "standard" (Tokyo eastern) dialect in spite of historically living in western Japan. On his diplomacy screen, he is standing in a grassland - likely a Japanese battlefield before massive industrialization - and his hairstyle is similar to the one he is wearing in the Kanō Motohide portrait.

As one of the more aggressive leaders, Oda Nobunaga will often try a domination victory. On the other hand, he may attempt a diplomatic victory instead.

Oda tends to become guarded and will often declare war on every civilization (and occasionally city-state) he meets. He is also one of the leaders least likely to be afraid. Besides, it is dangerous to make friends with Oda, as he has a habit of backstabbing his allies.

Oda likes to raise a large and strong army, and his military units will be among the best trained. He is also very keen on building a strong navy. His cities will otherwise be average in defense.

Oda is also notable for being one of the few leaders in the game likely to make use of air units.

Oda Nobunaga was a 16th-century Japanese warlord. Both a brilliant general and a cunning politician - as well as an early adopter of new technology - Nobunaga fought and backstabbed his way to domination over nearly half of feudal Japan. His two lieutenants, Toyotomi Hideyoshi and Tokugawa Ieyasu, would complete the job after his death, reunifying Japan for the first time in over a century.

Oda Nobunaga was born in 1534 AD, well into the "Sengoku" or Warring States period in Japanese history. During this period feudal Japan was divided into provinces run by powerful "daimyos" (territorial lords), while a weak shogun ruled in the name of a still-weaker Emperor. The Sengoku period saw an almost complete overthrow of the established order, with local lords overthrowing their daimyos, retainers overthrowing their lords, and inferior family branches fighting each other for dominance. It was a remarkably brutal period in Japanese history, and the nobility had to be smart, powerful and lucky to survive.

Nobunaga was born the son of a wealthy government official in the small and unimportant Owari province. Following his father's death in 1551 he inherited his father's title, wealth and military vassals. He was all of 17 at the time, and by all accounts was a wild and unruly child. According to legend Nobunaga acted so badly at his father's funeral that one of his friends and retainers committed seppuku (ritual suicide) in humiliation. Shocked and sobered by his retainer's death, Nobunaga began to take his position and obligations seriously.

Over the next ten years, Nobunaga rose to dominate Owari province, systematically co-opting or destroying anyone who stood in his way. The series of alliances, battles, betrayals and murders Nobunaga engaged in to achieve victory is bafflingly complex, rivaling the most intricate plot of a South American "telenovela" (soap opera). Here's how it went:

At the time of his father's death, the Oda clan was divided into many factions. Some favored Nobunaga as the legitimate heir, while others favored his younger (and less wild) brother, Nobuyuki. Meanwhile, his late father's brother, Nobutomo, used his position as deputy to the powerless Owari province's "shugo" (military governor), Shiba Yoshimune, to advance his claim to leadership of the Oda clan. But when he learned that the shugo secretly favored Nobunaga's claim, Nobutomo had Shiba Yoshimune murdered.

Meanwhile, Nobunaga convinced another of his father's brothers, Oda Nobumitsu, to turn on Nobutomo (who, we must remember, had just murdered Owari shugo Shiba). Nobunaga and his Uncle Nobumitsu attacked and killed Uncle Nobutomo in Kiyosu Castle. By destroying his uncle, Nobunaga gained control over Owari province's new shugo, Shiba Yoshikane (Shiba Yoshimune's heir). He used Shiba Yoshimune to gain alliances with the Imagawa and Kira clans, who also owed allegiance to Shiba.

Nobunaga then fielded an army to Mino Province to aid Saito Dosan against his rebellious son, Saito Yoshitatsu, but he was unsuccessful and Dosan fell.

In 1556 Nobunaga's brother, Nobuyuki (remember him?) rebelled with the aid of Shibata Katsuie and Hayashi Hidesada. Nobunaga defeated the conspirators at the Battle of Ino. Showing unusual mercy, he pardoned his brother and his allies. His brother repaid him by immediately planning another revolt, but he was betrayed by his onetime ally Shibata Katsuie, who informed Nobunaga of his plans. Nobunaga then murdered his brother.

And so on. By 1559 Nobunaga had destroyed all of his rivals and was undisputed master of Owari Province, though he kept Shiba Yoshikane in place as a puppet shugo (at least until he discovered that Yoshikane was secretly plotting against him with the Kira and Imagawa clans, at which point Nobunaga removed him from his position).

Having secured Owari province, Nobunaga began to expand his power across Japan. In 1560 he led a laughably small army against a far superior force which was on its way to Kyoto to overthrow the weak Ashikaga Shogun, achieving a shocking victory against brutally long odds.

One key to Nobunaga's military success was his early adoption of the new weapons which were beginning to appear in Japan at the time, brought in by European traders. He was one of the first daimyos to organize entire musket units, giving him a great advantage against his more backwards foes. He was also a gifted manager, making full use of the agricultural and mercantile wealth of Owari to support his war efforts.

In 1568 Nobunaga marched on Kyoto, putting up his ally Ashikaga Yoshiaki as his puppet Shogun. By 1573 the two men had fallen out, and Nobunaga deposed Ashikaga, at last ending the long Ashikaga Shogunate.

Nobunaga consolidated his hold on Japan by attacking various politically powerful Buddhist sects. The monks put up incredibly stubborn resistance, some holding out for more than a decade. Nobunaga distributed the captured religious property to various samurai and nobility, further earning their loyalty. Nobunaga was friendly with the European Jesuit missionaries who appeared in Japan in ever larger numbers (probably because they had no political power with which to threaten him). He did not convert to Christianity, however.

By 1582 Nobunaga had established firm control over central Japan and had begun attempting to expand his power westward. However, during a military campaign he was betrayed by a subordinate at Honno-ji temple and was forced to commit seppuku. His murderer survived him by just eleven days before being defeated by Nobunaga's loyal lieutenants, who would go on to complete the unification of Japan he so ably started.

Oda Nobunaga is generally agreed to be one of the three greatest leaders in Japanese history. His two lieutenants, Toyotomi Hideyoshi and Tokugawa Ieyasu, are the other two. By 1590 Hideyoshi had completed the conquest of Japan, and following his death Tokugawa Ieyasu would come into power, creating the Tokugawa Shogunate which would rule Japan for centuries to come. Together these three men created the modern state of Japan.

Nobunaga was a brutal man in a brutal time. But by helping to unify Japan he brought an end to the brutal wars that had been ravaging his country for more than a century.

Most of Oda's short utterances are in the informal form (or "register"), and the longer ones are in a formal polite form. Examples of the antiquated phrases and verb endings he uses are noted below.

Blessings upon you noble Oda Nobunaga, ruler of the land where the sun rises - may you long walk among its flowering blossoms. You are the ruler of Japan, the land of the Rising Sun. The Japanese are an island people, proud and pious with a rich culture of arts and letters. Your civilization stretches back thousands of years, years of bloody warfare, expansion and isolation, great wealth and great poverty. In addition to their prowess on the field of battle, your people are also immensely industrious, and their technological innovation and mighty factories are the envy of lesser people everywhere.

Legendary daimyo, will you grab the reins of destiny? Will you bring your family and people honor and glory? Will you once again pick up the sword and shield and march to triumph? Can you build a civilization that will stand the test of time? 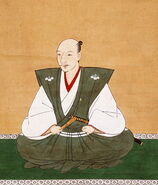 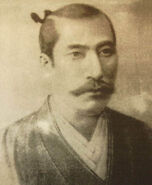