Start a Wiki
Everything you need to know, from our community of experts.

Civilization: Beyond Earth takes place 600 years in the future in the aftermath of a global catastrophe referred to simply as The Great Mistake, the details of which remain mostly unstated. Players have more nuanced control over the composition of their civilizations at the game's outset in Beyond Earth. They're able to customize their outbound colonization ship, specifying its type, cargo, and the colonists that populate it. Players also choose a sponsor, similar to previous games’ leaders, each of which features its own set of special perks.

The official Civilization Wikia has compiled all the information you need to get started with the latest installment in the Civ franchise. With must-see media, essential articles, community commentary, and more, everything you need to know about Beyond Earth is here!
283px
This video details Civilization: Beyond Earth's wide-open early game.
Beyond Earth: In-depth Interviews

Civilization admin ZeroOne relates his history with the franchise and shares his expectations for Beyond Earth. We also took the wider community's temperature via a handful of polls, the results of which can be viewed in graphical form below and in full on on this blog post. 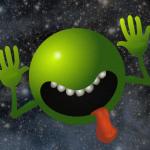 My first contact with the Civilization franchise was inlower elementary school. Our teacher would put a sheet full of text on the overhead projector and then disappear behind the computer on his desk for the rest of the lecture while we copied the contents of the transparency to our notebooks. During recess we sneaked behind his desk to see what was so interesting. Turns out it was a game called Civilization (1991). We didn't know any English back then, but obviously it was a great game. I tried to acquire a demo, but only got my hands on a non-playable introduction. Back then there was no "World Wide Web" to download games from.

Fast forward a few years to 1996, and Civilization II was published. It had these great isometric graphics compared to the flat graphics of the original game, it ran on Windows, and it received great reviews on the magazines (remember, still no online reviews!). So, I probably got the game for a Christmas present and learned to play it. Being from Finland, I remember that Vikings were my favorite civilization (even if in Civilization II the civilizations were no different from each other, save for the color of units and leader appearance.) Paratroopers and Alpine Troops were my favorite units, as the former could conduct surprise attacks several tiles away and the latter could ignore the regular movement cost of terrain.

Retrieved from "https://civilization.fandom.com/wiki/Portal:CivBE_Instant_Expert?oldid=213955"
Community content is available under CC-BY-SA unless otherwise noted.