Many players of Civilization IV enjoy playing as Rome, though some would consider this to be cheating because of their "overpowered" unique unit, the Praetorian.

This is especially evident on Warlords 18 Civs map. Rome begins in an amazing starting location (next to iron and three food resources.) Their proximity to the other European nations makes combined with their Praetorian unique unit makes for easy conquest. Once Europe is conquered, expanding south into Africa is easy due to Hatsheput and Mansa Musa not being too military-oriented. From there it is an easy ride to whatever victory condition suits your mood (domination and science being two of the easier paths.)

The founding of Rome on the fertile Tibur River is obscured by myth and legend, but it is generally accepted that Rome was first settled in 753 BC and that the Republic was founded in 509 BC, following the overthrow of Lucius Tarquinius Superbus, the last of Rome's seven kings. Rome was built on a site highly prized by the Etruscans, who dominated the Italian peninsula in the 6th century BC. The Etruscan king Porsenna defeated the Romans and expelled Tarquinius Superbus. Yet before Porsenna could establish himself as monarch over the unruly Romans, he was forced to withdraw. Rather than restoring their inept king, the citizens replaced the monarchy with two elected consuls, generals whose primary task it was to lead Rome's armies, and a Senate to serve as an advisory body. Where the Etruscans had failed, the people of Rome succeeded in the task of unifying the various Italian peoples into a political whole.

Toward the end of the 5th century BC, the Romans, propelled by the pressures of unchecked population growth, began to expand at the expense of nearby city-states. Rome's first two wars were fought with Fidenae, an independent city near Rome, and against Veii, an important Etruscan city. In the process, the expanding Roman Republic found the Greek phalanx formation too unwieldy for fragmented fighting in the hills and valleys of central Italy; accordingly, Rome evolved a new tactical system based on flexible ranks of cohorts, organized into self-contained Legions, the means by which Imperial Rome conquered and ruled the ancient world. As Rome became increasingly powerful, the remaining city-states took up arms; the ensuing Latin War (340-338 BC) was quickly decided in Rome's favor. By 264 BC all Italy south of the Alps was united under the leadership of Rome, its members either incorporated in or allied with the Republic. Rome's growing influence led it into conflict with Carthage, an established commercial power in northern Africa. The defeat and destruction of Carthage in the three Punic Wars (264-146 BC) sustained Rome's acquisitive momentum, and the Republic set its sights on dominating the entire Mediterranean area. In short order, the Romans overran Syria, Macedonia, Greece, and Egypt, all of which had until then been part of the decaying Hellenistic empire created by Alexander the Great.

But such expansion was not without costs; tensions grew and civil war erupted. The ensuing period of unrest and revolution marked the transition of Rome from a republic to an empire. The Late Republic witnessed the struggle between Marius and Sulla, the famous slave uprising under Spartacus, and saw the rise of figures such as the general Pompey, the orator Cicero, and the consul Julius Caesar. Although he was dismissed as vain and effeminate young man early in his career, Caesar proved to be a master politician and military strategist. Caesar conquered Gaul between 58-50 BC, then proceeded to crush all of his opponents in a civil war that left him the undisputed master of Rome. After Caesar's assassination in 44 BC, it was not long before civil war again erupted; but following his victory at Actium (31 BC), Octavian, Caesar's nephew, was crowned Rome's first emperor, taking the name Augustus (27 BC-14 AD).

Although there were notable exceptions such as Caligula (37-41) and Nero (54-68), the Roman Empire was generally blessed with a series of able and brilliant leaders during its first two centuries who expanded the frontiers until Rome's empire reached from Britain to Egypt and from Spain to Persia. Imperial Rome was distinguished not only for its military - the foundation upon which the empire rested - but also for its accomplishments in engineering and statecraft. The Romans were gifted in the applied arts of law, record-keeping and city planning, yet they also acknowledged and adopted the contributions of earlier peoples - most notably, those of the Greeks, much of whose culture was thereby preserved. Roman law was a complex body of precedents and opinions, which were finally codified in the 6th century as the Justinian Code. The empire's road network was without match in the ancient world, designed for rapid movement of commerce, agriculture, and mail delivery as well as the needs of the army. Roman city planners achieved unprecedented standards of hygiene with their plumbing, sewage disposal, dams, and aqueducts. Roman art and architecture, though often imitative of Greek styles, was boldly planned and lavishly executed. Roman science and culture, in short, became the foundations of the European world.

After the death of the emperor Marcus Aurelius in 180 AD, the empire was plagued by a series of poor rulers. The Praetorian Guard, formerly a highly respected elite unit sworn to serve the emperor, turned into a body that would sell itself to the highest bidder. During the middle of the 3rd century, Rome suffered through more than 30 emperors in a span of 70 years, and the empire nearly collapsed under the pressure of internal revolts and barbarian invaders. The Emperor Diocletian (284-305) managed to restore order, at the cost of imposing a strict authoritarian rule that left little room for individual freedom. Further chaos broke out after Diocletian's retirement, until Constantine (306-337) managed to emerge victorius from another series of civil wars. Constantine accomplished two extremely noteworthy things; first, he founded the city of Constantinople to serve as the new capital of the empire, from which the Byzantine or Eastern Roman Empire would endure for another thousand years. Secondly, Constantine legalized Christianity as a religion, allowing it to spread much more rapidly throughout the Roman world.

After Constantine's death, the empire was split into an eastern and western half, the division becoming permanent in 395. When the empire again came under barbarian onslaught in the late 4th and 5th centuries, the weakened West collapsed but the East - where most of the empire's population and wealth was concentrated - managed to survive. The final emperor of the west, Romulus Augustulus, was deposed in 476, although the Western Empire had become a fiction in all but name decades earlier. Although destroyed as a political entity, the Latin culture of the Roman Empire largely survived and can still be observed today throughout the Mediterranean.

RomeSelect-005: Quid consilium est? (What is your decision?) 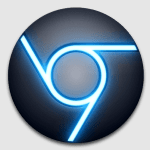