Advanced bomber unit of the Information Era. Upgrades from the Bomber. Requires

The Stealth Bomber is the ultimate bomber unit, possessing huge range, a greater

Ranged Combat Strength, and an additional ability to avoid enemy fighters and anti-aircraft defenses, thanks to its next-gen radar-avoiding technology. As if that weren't enough, it has the Air Recon ability, which means that everything within 6 tiles of its starting location is visible at the beginning of the turn.

On the downside, Stealth Bombers cannot be transported aboard Carriers. Fortunately, their rebase range of 40 tiles is often large enough that they can fly over oceans, as long as you possess a city on the other side of it.

As anti-aircraft missile technology has evolved, so has the design of strategic and tactical bombers. One way to avoid being shot down by an enemy is to remain invisible to the enemy's radar and other tracking devices. The modern stealth bomber is built of strong composite materials specially coated with anti-radar materials and is shaped as to deflect enemy radar. Stealth Bombers can carry nuclear or standard bombs. While quite effective, stealth bombers are also staggeringly expensive, with each American B-2 stealth bomber costing approximately two billion US dollars, more than enough to break the bank of nearly any non-super power in the world. 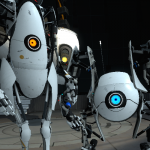