The Submarine is a unique new invention of the Modern Era, a ship capable of traveling and attacking under the water with its torpedoes! As such, it remains invisible to most units - until it attacks. And then, it receives an enormous attack bonus, which allows its torpedoes in many instances to sink a full-health ship with a single shot! These qualities make it exceptionally dangerous for the enemy fleet, and radically change the game on the naval front. At the same time, the torpedoes can't harm land-based units and defenses, making the Submarine a specialized ship-killing unit. An experienced player may sneak Submarines to your shores, sink undefended lone ships, then retreat and disappear before you can react! The only way to defend against this is to keep your ships grouped and patrol the waters nearby constantly with Submarine-detecting vessels.

Submarines can quickly "pillage" Fishing Boats. Watch out for ranged attacks by cities, as cities and garrisons can see Submarines.

The Destroyer is the most effective unit at hunting submarines, because of its great speed and bonus versus submarines. But it is also slightly more expensive and does not have a ranged attack. Engage packs of Destroyers with packs of Submarines.

The Submarine can also enter ice hexes. Use this ability to hide from enemy Destroyers (which are melee units and can't attack you under the ice).

Training is important, as Submarines only acquire XP slowly like other ranged units.

When selecting promotions for your Submarines, concentrate on the anti-naval combat power abilities, and on extra sight and movement. This way you will maximize their striking power, and their ability to get away alive from pursuit.

Pre-nuclear submarines were primarily employed as commerce raiders, seeking to sink the enemy's merchant vessels and cutting their supply chain. World War II-era subs were generally equipped with fore and aft torpedo tubes and perhaps a small deck gun capable of sinking a merchant vessel - if nobody was shooting back.

Except in rare cases submarines did not seek out enemy naval vessels. The sub's job was to sink merchant craft and then slip away before the enemy warships or aircraft could find them. In encounters with destroyers the sub generally got the worst of the engagement. In both World Wars I and II German "U-boats" came perilously close to starving the United Kingdom into submission, sinking 11 million tons of shipping in World War I and 14 million tons in World War II, at a cost of close to 1,000 u-boats sunk. 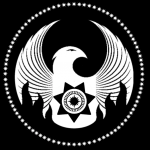