I became so accustomed in Rising Tide to having useful oceans that it feels really lame going back to them being an essentially barren expanse, even in later eras where things like tidal power stations would make sense!. While rivers are too thin to go all-out on humanity's historical relationship with rivers, fisheries could still be placed in adjacent tiles to provide an alternative to agriculture. One thing I loved in Rising Tide was how water farms looked - and fisheries exist in real life too (and for a long time!, see China). There's no reason I shouldn't be able to fill my coastline with farms just like I do the land, if I so choose.

Technologies
The following lists modifications to the above technologies. 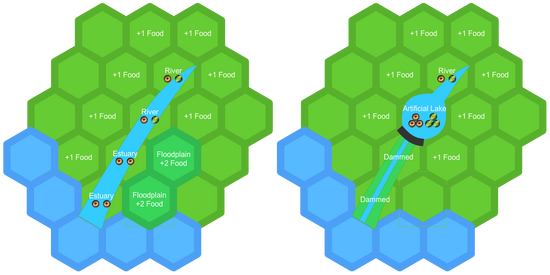