Beyond Earth Affinities in Starships 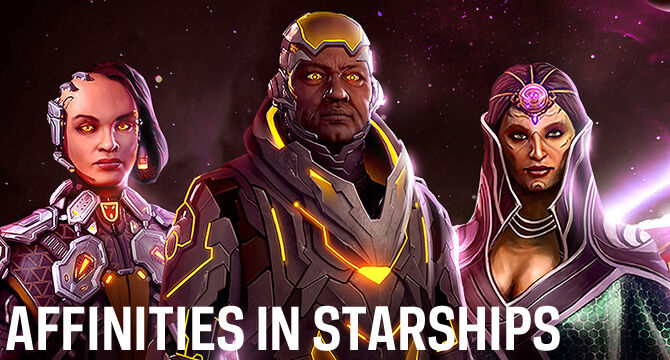 2K has posted a blog detailing how affinities from Sid Meier's Civilization: Beyond Earth will be represented and expanded on in Sid Meier's Starships. Each affinity has been treated to a sleek visual update to represent the time difference between the games, but there's more to it than that:

These differences in Affinity in Starships are more than just cosmetic. Affinities also have gameplay advantages in Starships for the player. Supremacy begins the game with a Wonder, representing the achievements of their advanced technology, a powerful bonus that applies from the start, and which can guide the development of the entire fleet and its tactical approach. Purity gains double rewards from each mission, through the skillful work of the fleet’s ambassadors. This is a very valuable trait in early- and mid-game Starships, before each world of the galaxy chooses to join one or another alliance. Finally, Harmony gets the advantage of half-cost repairs to starships, which can equate to savings of Energy over the duration of the campaign.