How to Win as Purity 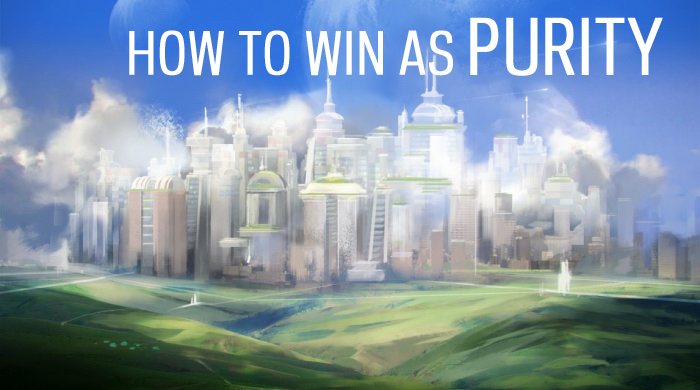 Purity is one of the three affinities in Civilization: Beyond Earth. The Purity affinity desires to preserve and improve upon mankind as they are and seeks to convert the planet into a state similar to Old Earth before the Great Mistake, regardless of what happens to the local wildlife. The ultimate goal of a Purity purist is to eventually resettle much of the Earth's diaspora onto the planet and save that world from overpopulation and resource depletion. Purity military forces concentrate mostly on mechanical exoskeletons, high-power conventional weapons, and amphibious attacks, thanks to their armadas of anti-gravity vehicles. Their chosen resource specialization is

Since the whole idea of Purity is to preserve humanity in its current form, it isn't surprising that Purity aesthetics look much like we would expect of a space-oriented mankind in the near future. Architecture is characterized with solid, cubic shapes in gold and red which look a lot like modern cities; units appear mostly human - shaped, and tank-like. That is because Purity depends mostly on armored suits and exoskeletons to enhance traditional soldiers, or else on solid, massive machines commanded by soldiers.

Purity are the specialists of levitation. They discover technologies that allow the use of the floating stones on this planet for creation of extremely powerful anti-gravity fields, capable of keeping enormous payloads well into the thousands of tons in the air. Thus, all of their high-level special units levitate over the terrain, and consecutively can overcome almost all obstacles. The second defining feature of Purity military composition is their concentration on ranged units - three of the four unique Purity units are ranged. Their ultimate unit, the LEV Destroyer, is practically a flying fortress which can move over any terrain variant without issue, withstand enormous amounts of firepower, and reciprocate said firepower in kind. This LEV Destroyer is also the only unit which can deal 'splash' damage (that is, to damage not only its target, but also enemies in neighbor tiles).

With a wide range of LEV vehicle chassis to choose from, terrain isn't your problem while defending. It's recommended to settle down around a non-LEV accessible area that forces your enemy of either other affinity to lose their flanking bonus. Form a defensive line of Battlesuits, then pummel everything else to ashes with your ranged strength.

When on the offensive, be sure to take advantage of your LEV vehicles and approach enemy positions from unexpected angles. Use Water tiles to your advantage, since all other affinities may only move on water with ships, while you can also move with some other units early on! Again, use your ranged power to the maximum, while defending it with strong frontline units. One of the weaknesses of Purity army is its lack of fast units, and its over-dependence on positioning. Take care to protect your ranged units from enemy aircraft and tanks!

First, let's examine the Purity affinity bonuses, which the player achieves after acquiring a given number of Affinity points.

Explorer Units are twice as strong when defending.: Keeping your Explorer units defended means you can spend more resources and energy on workers rather than soldiers to keep the explorers safe.

Strength when engaging or defending against wild Aliens: Aliens can prove pesky early in the game when you're unfit to defend yourself against them. This 20% attack/defense perk makes itself very useful during the early game.

2 extra tiles of Orbital Coverage to every city owned: Orbital range is key to a healthy civilization.

Floatstone stockpiles': Floatstone is the affinity resource associated with Purity and it helps players build construct tile improvements, buildings, and units. Using this valuable resource bonus as leverage during diplomatic negotiations is another approach that players may find beneficial.

Allows for the use of Dirty Bombs in Covert Operations: Your weapons advantage is starting to becoming apparant. Dirty bombs are explosives that irradiate whatever they come in contact with which are dropped into densely packed civilian housing and wipe out half of an entire cities' population

Unlocks the secrets of Warp Gate construction and finally begins the Purity task of saving the world': Players pursuing the Promised Land victory need to meet a number of requirements (which will be delineated below), one of which is the construction of the Warp Gate wonder.

Players looking to gain Purity points need to research the right technologies. As with the other affinities, researching these technologies often provide bonuses that align well with a Harmony play-style, though players should still be careful to research them in an order that makes sense with the circumstances of a given match in mind.

The following technologies will provide players with a Purity XP bonus.: 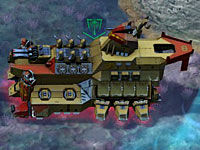 The LEV Destroyer is one of the most powerful ranged units in the game. Although it has to set up prior to firing, its ability to levitate more than offsets this disadvantage, allowing the huge platform to appear in the enemy's rear when least expected. Use it to both draw out enemy fire, and inflict devastating damage from afar! The Tier 2 upgrade makes the Destroyer true to its name, boosting even more its attack and causing splash damage to all units near its target!

This victory is achieved within the Purity Affinity and consists in organizing a colonization wave of Earthling survivors. The player must launch a Lasercom Satellite to establish contact, and build an Exodus Gate (wonder) back to Earth. The next goal is to summon and settle 20 colonists on the new planet. The player will need to protect them from other factions, as well as find space for them to settle. This, in part, is where the challenge lies because the Colonists arrive late game, when free land is most scarce. This perspective involves the Purists' idea of creating a new Earth, where old Earthlings can migrate and use as their new home or 'Promised Land'.

Here's a full video on this victory: 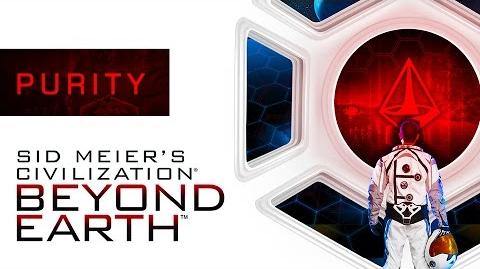