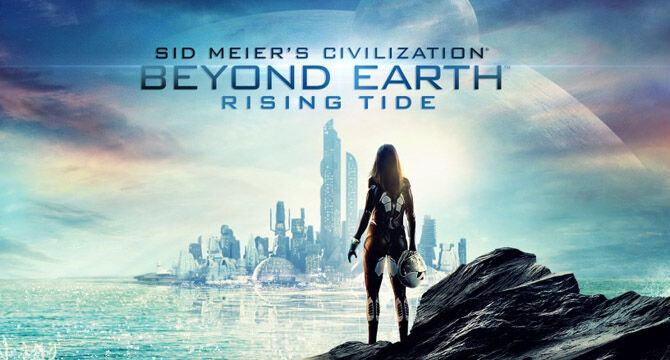 I was lucky enough to play the first 150 turns in Civilization: Beyond Earth Rising Tide, Firaxis' generous expansion to last year's exoplanet-faring 4X. I'm happy to report that, based on what I played, Rising Tide represents a major addition to the mechanics established in Beyond Earth's core game. Water may be the obvious update, but Firaxis has also made a number of significant changes to the underlying systems, all of which work to empower the player, giving him or her more tools to achieve the civilization they want. Read about the changes and new features below! 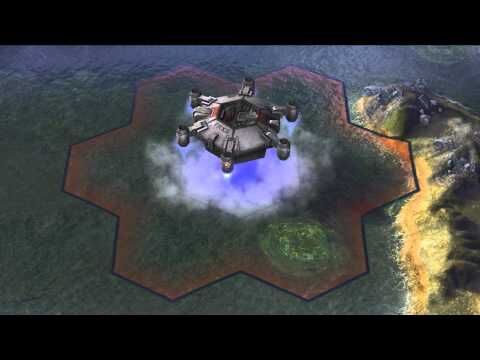 Starting Colonies in the Ocean

All factions can now send a colonist to establish cities in the ocean. Water-based cities operate a bit differently than their land-based counterparts. There is no geographical variation in the water, though there's still an alien presence: Hydrachoral is the oceanic equivalent of alien nests and, like the nests, can be cleared out for XP. 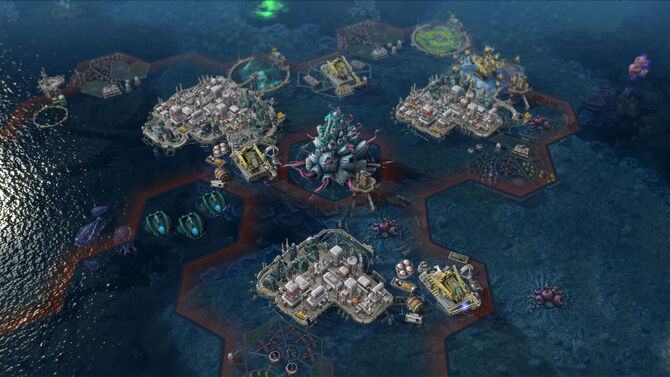 The North Sea Alliance is one of the new factions introduced in Rising Tide. They are a group based on the British Isles and Scandinavia, so naturally they are familiar with water. As such, they are the only faction that can establish their first city directly on the water. 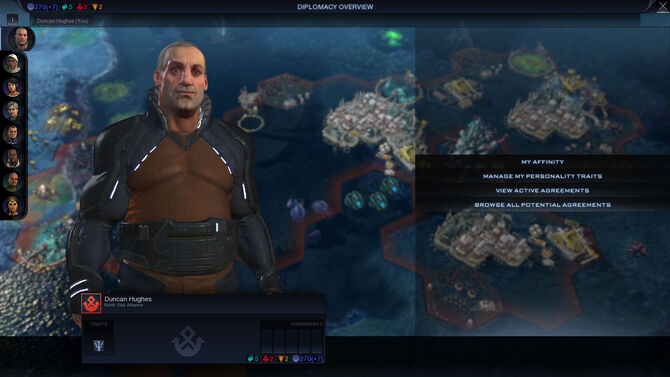 Firaxis has also added two completely new world types: called the frigid biome and the primordial biome. As the name suggests, the former is a cold map with plenty of snow. The primordial biome is "a young and active world that's still growing and forming into the planet that it's meant to be. It's prime for volcanic activity and the climate is much more extreme than the standard planet. 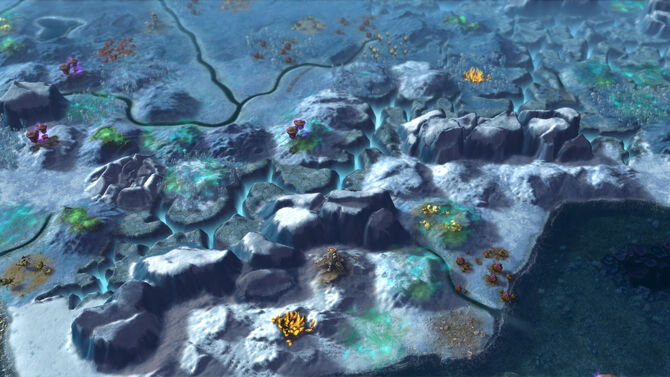 In Rising Tide, alien behavior and attributes are different on every biome. For example, on the Frigid biome, aliens are slow moving but have higher HP.

Now, at Harmony level 3, explorers can gain the "Leash" ability, allowing the player to assume control of a planet's aliens to attack enemies. David McDonough even said that "Eventually, at higher affinity and deeper in the tech web, you get the ability to domesticate colossal aliens, which includes siege worms and kraken.

Oceanic cities can be moved, ether as a technology development (usually taking 2 turns) or by spending energy. This is how aquatic cities gain additional territory. 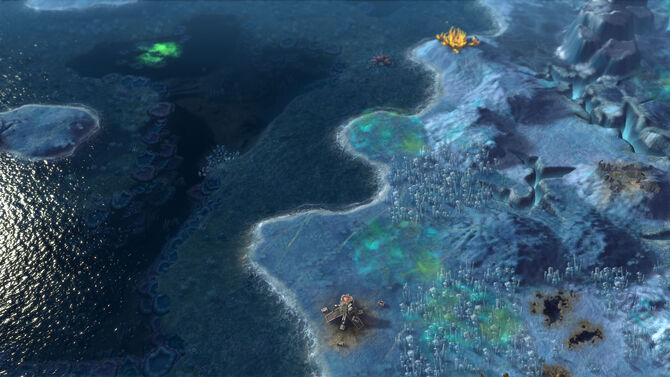 Explorers can now search the landscape for multi-stage Marvel quests. For example, if you find an enormous Hydrachoral, and then use your explorer to seek out various points on the map, you'll be able to see all of the map's Hydrachoral. Each biome will have its own built in Marvel Quest.

Will Miller succintly explained the changes to diplomacy in Rising TidePlayers and AI Leaders alike unlock new Personality Traits through gameplay and activate different combinations to respond to the changing world. These dynamic sets of Traits also provide benefits and add to the new Diplomacy system, governed by the new Fear and Respect attributes. Shape the diplomatic landscape by using political capital to upgrade your traits, change diplomatic relationships, and leverage the benefits of your allies' traits. 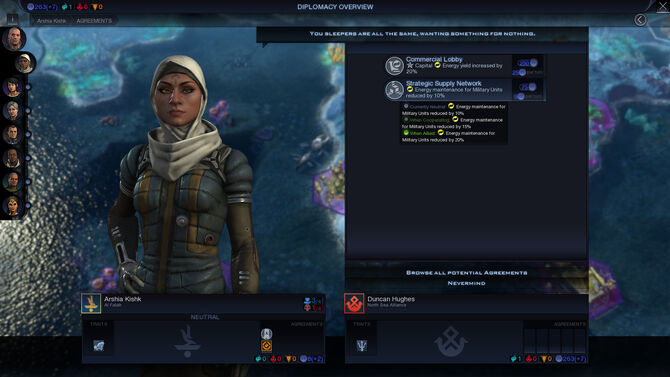 There is also a new resource called Diplomatic Capital. This can be traded for agreements with other factions and can be used to purchase additional leader traits and upgrades.

Players can now collect and combine a variety of relics discovered on the planet. These can be used to unlock unit and building upgrades. There are three types of artifacts: Earth relics, biological artifacts, and Progenitor artifacts. Earth relics are payloads sent to the planet a long time ago and can be found in human settlements scattered throughout the map. Biological artifacts can be found in alien nests. Progenitor artifacts are related to the mysterious race encountered in the Contact Victory.